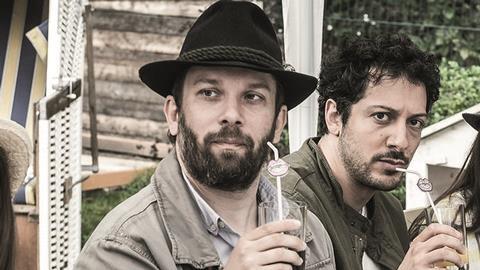 Fledgling regional streaming service Joyn has strong international and domestic clout in the digital arena, with the backing of Discovery alongside Germany’s pre-eminent media company ProSiebenSat.1.

Joyn’s launch proposition laid down a marker. The ad-supported model landed with 20,000 on-demand shows and 55 live channels from broadcasters including ProSiebenSat.1, Discovery, ZDF, ARD, Welt and Sport1. An SVoD tier will be available in the near future.

Joyn has made a good start towards its target of 10 million users within two years, with 3.5 million so far – though this includes aggregation of VoD services 7TV, Maxdome and Eurosport Player, which have been subsumed or are offered by the new platform.

The service has gone for a broad content play from the outset and wants to ramp up acquisitions. “Genres don’t matter,” says Joyn chief content and marketing officer and managing director Katja Hofem.

The only criteria for scripted content is that it works for digital viewers – meaning “comedy, thriller, crime, mystery, coming-of-age stories and dramedy or light drama” are on the radar.

Unscripted wishes include high-end documentary series and reality shows for the paid-for, premium tier, and “snackable” short-form shows featuring influencers for the AVoD.

“We primarily want to try out premium European content, as it still feels more local than US content”
Katja Hofem, Joyn

Buying will focus on European and US content as sourcing appropriate German content, especially in scripted, has proved problematic.

“Most relevant German content will be directly produced for a platform or a channel nowadays,” says Hofem. “We primarily want to try out New platform eyes range of acquisitions premium European content as it still feels more local than US content. Of course, we will try to find suitable German content, while US content is still relevant and important to complete our portfolio.”

Given its regional focus, Joyn will look to licence content for SVoD and/ or AVoD in German-speaking Europe, offering the first episode on the free service as a marketing tool to increase sign-ups to the premium service. 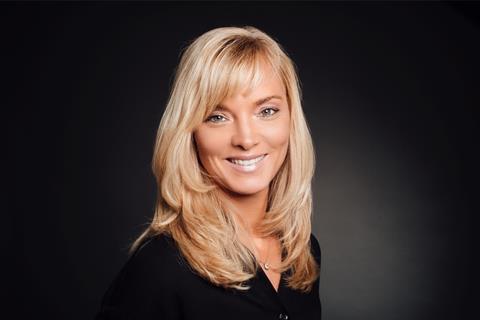 The commitment to hyper-localisation is further reflected in Joyn’s commissioning strategy, which is focused on German series. The VoD recently ordered its first drama Dignity, a German-Hispanic series inspired by real-life events around the post-World War II cult Colonia Dignidad in Chile.

Joyn launched with relationship-themed Singles’ Diaries and Technically Single and comedy-drama Die Läusemutter, while further originals Check Check and Frau Jordan Stellt Gleich will be added this winter. Perhaps its most notable original is ProSieben comedy Jerks (pictured top), the third series of which premiered on Joyn.

Dignity is a template for what Joyn will consider away from purely German fare, which is encouraging for the international production community, and Hofem confirms the platform is keen on foreign formats.

“An international co-production could work as well if we have a strong German angle,” she says. “Jerks, our most successful original, is a Danish adaptation and we are currently working on a local remake of an Australian format.”

The key element in format deals is ensuring the story can transfer from the original territory so Joyn can make it feel relevant to its audience, says Hofem.

Meanwhile, Joyn is producer-agnostic – ProSieben stablemates RedSeven Entertainment and Studio71 will not have a monopoly on commissions and Hofem notes the VoD platform is already “working with several production companies outside of the ProSiebenSat.1 cosmos”.

It is no gimmick, then, that openness is the message from German’s newest streamer, with its request for partners to “Joyn the journey” an encouragement, not lip service.