Shoots huge 12K images in Blackmagic RAW format, ready to edit in full-res on a laptop 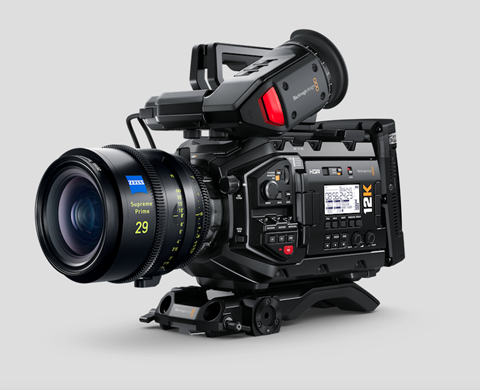 While 12K (10 times the resolution of Ultra HD) seems an extraordinarily high resolution in an industry just getting to grips with 4K UHD, Blackmagic says shooting in 12K results in better quality 8K and 4K images, with “subtle skin tones” and “extraordinary detail”.

Shooting in 12K also enables you to reframe or crop multiple shots in post-production for delivery in 8K and 4K.

The URSA Mini Pro 12K captures images in Blackmagic RAW, which reduces the file size down sufficiently to enable laptop editing of the full-res images. 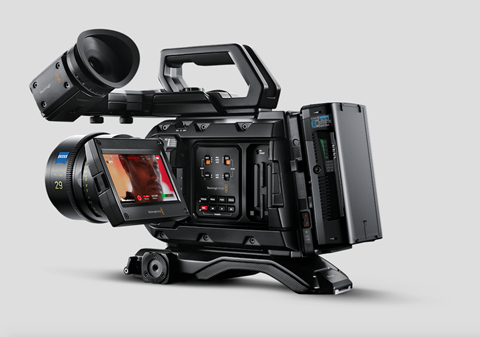 The camera has Blackmagic Generation 5 Color Science with a new film curve “designed to make full use of the massive amount of colour data from the new URSA Mini Pro 12K sensor,” says Blackmagic. “This delivers even better colour response for more pleasing skin tones, and better rendering of highly saturated colours such as neon signs and car tail lights in high contrast scenes.”

The camera will be available before the end of this month from Blackmagic Design resellers worldwide. It ships with a full version of DaVinci Resolve Studio.

Grant Petty, CEO, Blackmagic Design, said: “With Blackmagic URSA Mini Pro 12K we have advanced imaging technology into a new generation where new styles of shooting will be possible. It’s not just the 12K sensor, but there is so many other innovations in this camera. It’s going to be exciting to see what DOPs do creatively with this technology.”