The broadcast was a collaboration between NASA, Landsec and Ocean Outdoor. 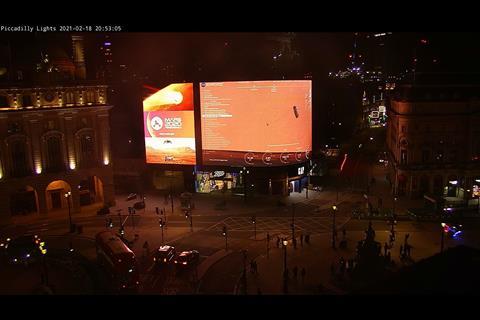 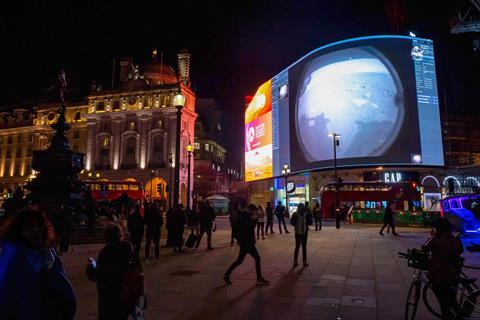 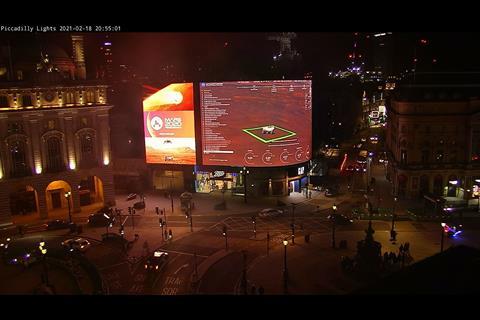 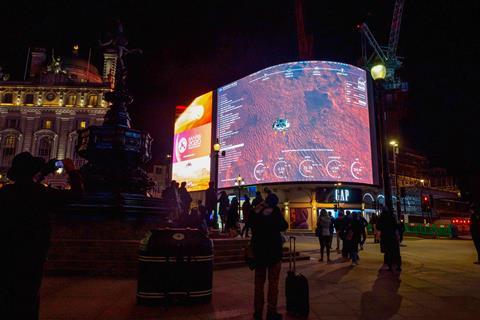 The seven-minute entry, descent and landing and the first still images from the surface of Mars as the rover started its mission were all livestreamed as part of a 60-minute presentation on the Landsec screen at Piccadilly Circus, London.

NASA, Landsec, and Ocean Outdoor worked together to bring the moment to the screen, with Ocean Labs working alongside NASA on new technology to stream coverage of the descent within the patchwork of commercial advertisers on the Piccadilly screen for 40 minutes from 8.10pm, using a feed directly from the NASA satellite. The Lights then switched to full screen domination from 8.50pm for the final 20 minutes.

Footage of the landing itself was not possible, as the camera could not survive the journey through Mars’ atmosphere. However, it did feature the landing team at NASA’s Jet Propulsion Laboratory in Southern California receiving signals from the spacecraft at each stage of entry, descent and landing allowing them to know and communicate if the spacecraft had successfully achieved each of these milestones.

Pictures took ten minutes to travel from Earth’s neighbour to Piccadilly, meaning the celebrations at its landing were after it had actually accomplished the feat.

Director of Ocean Labs, Catherine Morgan, said: “Large format digital out of home is a world class platform for sharing moments of international importance and achievement. A live broadcast on this scale has never been achieved on the Piccadilly Lights until now. Our collaboration with NASA and Landsec showcases to superb effect how brands can use the new live streaming feature in the patchwork as well as the full screen.”

Steve Jurczyk, the NASA’s acting administrator, added: “As the first leg of a round trip to Mars, Perseverance not only will collect samples of the Red Planet to return to Earth in the next decade, but also carries cutting-edge instruments and technology that will pave the way for future human missions to the Moon and on to Mars.”