Paus will be launched on 17 March 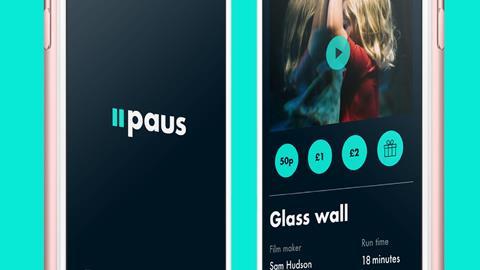 Raindance is partnering with paus to create a curated set of films for the platform’s launch next month.

Paus will go live on 17 March as an ad-free, subscription-free service for independent film makers. It will be free for film-makers to submit their shorts or documentaries and they will be able to earn money through a digital micro-tipping system.

Viewers will be able to tip film-makers anything from 10p to over £1,000 through a system that’s integrated with native digital payment methods such as Apple Pay – and creators will get to keep 80% of the amount.

Raindance, the largest independent film festival in the UK, will be supplying a curated set of shorts known as the Best of Raindance to feature on paus, alongside other content.

Rishi Kapoor, founder and CEO of paus, said: “Our partnership will enable great stories to be seen, by enabling film-makers to get their content in front of an audience that embraces and supports them. We don’t believe in barriers – there are no ads on paus, and we don’t ask people to subscribe to enjoy quality film. We have created paus as the platform for film-makers to flourish.”

Founder of Raindance, Elliot Grove, added: “Thanks to Raindance’s partnership with paus, short film-makers now have a new platform to share their stories with an even bigger year-round global audience. It’s an opportunity that we at Raindance are excited to be a part of, and we can’t wait to see many amazing short films and documentaries making their debut on paus.”