“Not just a good documentary but an insight into America’s first great writer.” 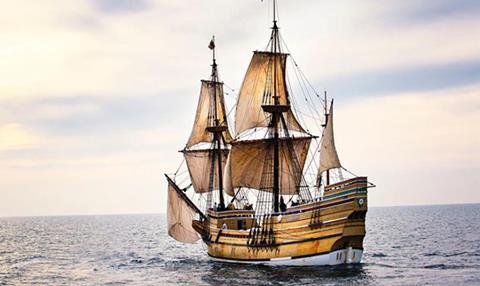 The Mayflower Pilgrims: Behind the Myth, BBC2

“There was a bit too much moaning cello, while the narrative overdid the atmospherics. But lurking among these trimmings was a rigorous historical account that told a complex story with clarity.”
Jasper Rees, The Telegraph

“The film cravenly peddled the pretence that the murderous old cult leader William Bradford and his band of religious maniacs were moral visionaries. There’s a great documentary to be made, debunking the Mayflower myth. This could have been it. Instead, it was a wasted opportunity.”
Claudia Connell, Daily Mail

“William Bradford’s prose was entrancing to listen to and, fortunately, there was lots of it in this programme, resulting in not just a good documentary but an insight into America’s first great writer.”
Matt Baylis, Daily Express

“A thoughtful, sobering documentary. Chiles uses the game to tell a bigger story, the one about racism in football in the 70s. And if you’re thinking: how can that have possibly happened, just a generation ago, then think again. It still happens, only less visibly.”
Sam Wollaston, The Guardian

“Somewhere between reporter and fan, Chiles couldn’t quite persuade his interviewees – black or white – to fall in with his anxiety about a long-forgotten match which divided footballers along ethnic lines. As veterans of the Blacks vs Whites game met up again, this well-meaning but baggy documentary felt like a pat on the back for English football, and a pleasing audit of social progress.”
Jasper Rees, The Telegraph

“Modus is pacy and gripping, like a high-end Volvo with its snow tyres on. What I’m not getting – not yet anyway – is the connection with characters I had with The Killing and The Bridge. This is less human, shallower, more obvious, over-spelled-out. It’s a bit more ITV drama, or Nordic noir-lite.”
Sam Wollaston, The Guardian

“Fond as I am of David Walliams and Jack Whitehall, this mainstream, studio-recorded sketch show could, minus the sexual innuendo, have been broadcast 30 years ago. The reverse-expectation set-ups, cartoonish characterisations and obvious punchlines took me back to a time before The Fast Show, let alone Little Britain.”
Andrew Billen, The Times

“Some sketches outstayed their welcome a little, or had not-entirely-unexpected punchlines, but the success rate was admirably high.”
Jeff Robson, The i