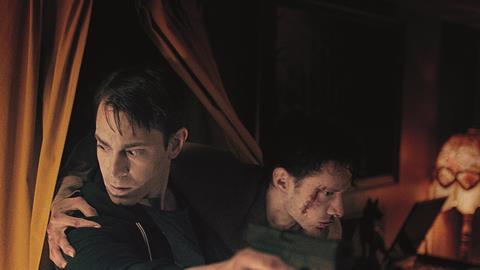 The combination of a “gripping, emotional storyline” and the opportunity to “convey historical authenticity” was enough to draw Red Arrow Studios International (RASI) to new drama Dignity, even without its significance in the scripted arena, according to the distributor’s senior vice-president of global sales, Tim Gerhartz.

The haunting thriller holds the accolade of being the first original drama commission for German media giant ProSiebenSat.1 and Discovery’s new SVoD service Joyn, which only officially launched four months ago.

The 8 x 52-minute series, which is shot in German and Spanish, is inspired by the Germanic cult Colonia Dignidad, established after World War II by former Nazi soldier Paul Schäfer in a small town in southern Chile.

Colonia Dignidad subsequently forged a four decade-long history of torture, child abuse and murder within the walls of its vast compound, protected by General Pinochet’s dictatorship.

Filmed at the actual location in Chile, with permission from those who still live there, the series follows two brothers who are torn apart by the leader of Colonia Dignidad, and one’s mission to capture the man who kills his sibling.

It is produced by Story House Productions in Germany and Chilean producer Invercine & Wood in association with Chilean television fund CNTV. Joyn co-commissioned the drama with Chilean broadcaster Mega.

RASI got involved in the project at an early stage and provided financing for the series. As such, it is offering the show to a suite of international buyers in Cannes.

Gerhartz says the powerful blend of drama and history in Dignity create a gripping series.

“A key element that makes the series particularly appealing is its high level of authenticity and historical accuracy,” he says. “While dramatic license is taken with the storylines, the series is set against a backdrop of the real-life events and takes inspiration from those involved.

“Additionally, the deeply emotional storyline at the centre of the series – that of the relationship between the two brothers – will captivate viewers as it explores a family torn apart by unique historical circumstances.”

Given the international nature of the production and “the role Colonia Dignidad played in international politics” between Latin America and western Europe, Gerhartz says there will be interest from global audiences. In addition to the subject material, Dignity benefits from having recognisable actors attached to it.

The series has been created by María Elena Wood and Patricio Pereira (Ramona, Mary & Mike) and is written by Andreas Gutzeit (Sprite Sisters), Paula del Fierro and Enrique Videla (La Jauría). Julio Jorquera and Nancy Rivas (Berlin, I Love You) direct the series.

Dignity’s cinematic look and “high level of atmosphere” are such that RASI sees the drama working on a range of platforms, with Gerhartz predicting it will work well “across pay-TV and VoD and SVoD platforms, in addition to premium drama slots on linear channels”.

Growing demand for fact-based drama is encouraging both linear broadcasters and digital platforms to take bold risks in their scripted acquisitions and Dignity is likely to be a beneficiary, according to Gerhartz.

“More and more platforms are offering space for ‘lean forward’ content to fulfil the appetite for audiences who wish to see gripping dramas that are underpinned by facts and history,” he adds. “We’re in talks with a number of platforms for Dignity and will be sharing more details in due course.”