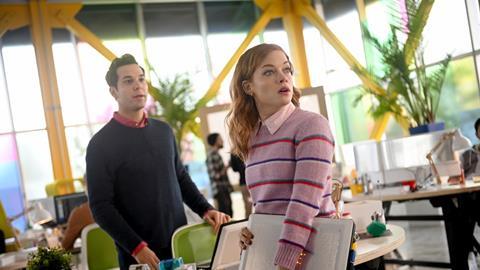 ‘With such powerful and universal themes, we believe it can really connect with many different audiences’

Musical comedy-drama Zoey’s Extraordinary Playlist is part of NBC’s 2019-2020 season launches, but Lionsgate is officially debuting it to the international market at Mipcom.

The drama’s upcoming release comes with the backing of director Paul Feig, whose was recently seen charming the British television industry in a series of well-received talks at the Edinburgh TV Festival.

His new NBC series, which Lionsgate is billing as “joyous and celebratory”, centres on savvy computer coder Zoey Clarke (Jane Levy), whose life in San Francisco is turned upside down when an unusual event leaves her hearing the innermost thoughts and wishes of the people around her expressed in song.

After wrestling with questions about her sanity, she begins to see her condition as a blessing in disguise.

Feig and Universal Music Group were added to the production mix after creator Austin Winsberg’s initial idea was brought to the attention of Lionsgate through producers Eric and Kim Tannenbaum.

“The end result is a wildly inventive and emotionally resonant drama unlike anything else around,” says Lionsgate president of international television and distribution Agapy Kapouranis. “Our focus is to bring to the market bold, original content that captivates a global audience, and Zoey’s Extraordinary Playlist is a perfect example.”

Lionsgate screened the drama to buyers at the LA Screenings in May after NBC picked it up, but this was an early sneak peek, with several scenes since reshot and cast members added, such as Gilmore Girls star Lauren Graham.

“Our longstanding international partners are still very important to us, so our strategy is to present the series to a number of local territories and global partners at the same time and give everyone a seat at the table,” says Kapouranis.

“It’s a very special premium drama series that crosses many demographics and, with such powerful and universal themes, we believe it can really connect with many different audiences.”