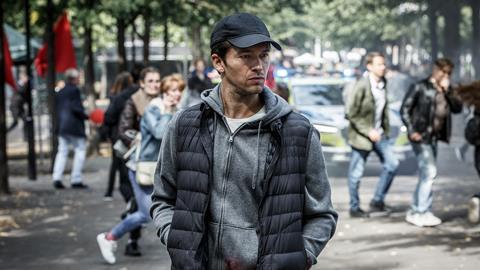 ‘This is not just another Nordic noir series. It’s the kind of programme everybody is looking for’

Based on the best-selling Hamilton books by Swedish author Jan Guillou, Beta Film’s Agent Hamilton has its world premiere at Mipcom. “This is not just another Nordic noir series,” says executive producer Patrick Nebout. Instead, he describes it as a high-concept, character-driven, international spy thriller.

The series is the story of Swedish agent Carl Hamilton – often described as the country’s answer to James Bond – whose exploits have been the focus of previous TV adaptations going back to the late 1980s.

Nebout describes Guillou’s Hamilton novels as “a huge literary property in Scandinavia” and says the production team has sought to reinvent the brand for new audiences in the region, as well as for the global market, in a truly authentic, international way.

In this 10 x 60-minute reboot, Hamilton is caught up in the investigation of a terrorist attack, as well as several cyber attacks, with traces leading to Russian, Swedish and US intelligence forces. Jakob Oftebro (Below The Surface) takes on the lead role.

The series is co-produced by Beta Film subsidiary Dramacorp-Pampas Studios and Kärnfilm with TV4, C More, Beta Film and ZDF, in association with ZDF Enterprises. It was commissioned by Bonnier Broadcasting for Swedish channel TV4 and Nordic streaming service C More. Other Nordic broadcasters have pre-bought the series.

Set in Sweden, Germany, Russia and the Middle East, Agent Hamilton is shot in several local languages and held together by an English-language central narrative. Nebout says this lends real authenticity to the series: “Each country is treated in its own, very authentic way – you won’t hear any funny accents. We really respect the audience.”

Justus Riesenkampff, executive vice-president for the Nordics and Benelux at Beta Film, says the producers have created a contemporary spy series that reflects one of the key concerns of today’s post-Cold War world – that it is not always clear which country is your friend and which is your enemy.

He says Agent Hamilton is made for binge watching and would work well on either a linear channel or a digital platform – reflecting how it has been greenlit by Bonnier for linear and streaming services.

“It’s the kind of programme that everybody is looking for now, which will draw audiences into their player with the linear feed,” says Riesenkampff.