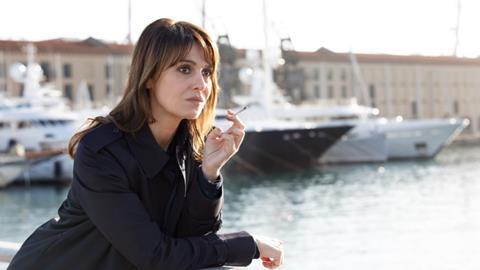 Best known internationally for hard-hitting mafia dramas such as Gomorrah and Suburra, Cattleya has produced a show with a slightly lighter touch in Petra.

The four-episode series, produced in association with Bartlebyfilm, is based on Alicia Giménez-Bartlett’s Barcelona-set detective novels – more than one and half million copies of which has been sold since they were first published in the mid-1990s.

Giulia Calenda, Furio Andreotti and Ilaria Macchia are the writers of the TV adaptation, with Enrico Audenino also providing a script. The books, which feature the show’s titular character, were first published in Italy in 2002 and have built a big following in the territory.

“At Cattleya, we have a strong history in literary adaptations,” says producer and partner Francesca Longardi. “Cultural attitudes are changing and we now think it is the right time to bring this famous character to life.”

Petra, played by in-demand Italian actor Paola Cortellesi, is a no-nonsense, twice-divorced detective working a boring desk job in the criminal investigations division in Genoa, which substitutes for Barcelona.

She is suddenly thrust into the frontline of solving gruesome murders and paired with Antonio Monte (Andrea Pennacchi), an older, world-weary police officer, with whom she forms the show’s central relationship.

“What makes this so modern and brilliant is the central character – she doesn’t fit into any role,” says Longardi. “She wants to be herself and that is a very modern, unique position to take. She is also different to many female lead characters on television because she does not have a dark secret. We have not seen a character like this before.”

On the relationship with Monte, Longardi says: “They have a unique relationship – both are lonely but for different reasons. It’s a non-sexual and non-romantic relationship but they grow very close through their work. The cases are dark but the series also includes great humour.”

Sky Italia is the commissioning broadcaster, having previously worked with Cattleya on series such as Gomorrah and Zero Zero Zero. It has encouraged the producer to stay faithful to the books. To that end, the episodes run to 90 minutes, with each dealing with a case while playing into a wider narrative arc.

ITVS GE will be chasing broadcasters with audiences that enjoy foreign-language detective stories and strong leads in Cannes.