2
Hot Picks: The War Of The Worlds 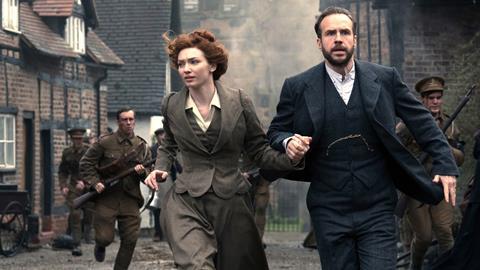 Hot Picks: The War Of The Worlds

In 1938, an incredibly realistic US radio dramatisation of HG Wells’ sci-fi epic The War Of The Worlds had American citizens panicking, with life as they knew it supposedly coming to an end as aliens attacked from the skies – or so the story goes.

At Mipcom this year, ITV Studios Global Entertainment (ITVSGE) will be hoping to send clients into a buying frenzy over its new three-part adaptation of the original novel for BBC1.

“The War Of The Worlds is the seminal alien invasion story and thanks to the book and radio and film adaptations, it is a beloved IP,” says ITVSGE executive vice-president of global content Julie Meldal-Johnsen.

The Mammoth Screen-produced drama marks the first time a British broadcaster has attempted its own version of the story, which was also adapted for the big screen by Steven Spielberg in 2005, with Tom Cruise playing the lead.

In the script by Peter Harness, George and Amy’s plans to start a life together in Edwardian Liverpool are curtailed by the terror of an alien invasion.

“This is a marriage or clash of period drama and science fiction,” says Meldal-Johnsen. “It’s really cool to see Edwardian frocks and alien attacks on screen at the same time.”

There are other versions of The War Of The Worlds in development – Fox Networks Group Europe and Africa and France’s Canal+ are partnering on an eight-part series set in the present day.

The novel came out of copyright a few years ago, leading to a glut of development around the IP.

“There has been a lot of interest over the decades but what makes our version unique is we will be the first to market and the only one that stays true to the original setting of the book,” says Meldal-Johnsen.

Still some way ahead of the show’s 2019 debut, ITVSGE is heading to Cannes with scripts, teasers and promos. The finished episodes will include significant special effects that mark the show out as one of the biggest-budget mini-series to come out of the UK in some time.