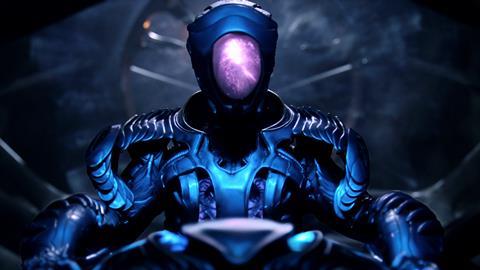 AI is rewriting the TV script

Focus groups are one thing, but could a machine ever replace the writer? asks Kate Bulkley

When Netflix recommends the show we might like to binge-watch next, Spotify surfaces the next song for us, or Amazon suggests our next purchase, few of us even blink.

It might have been a bit spooky once upon a time, but now it’s kinda cool, even helpful, or maybe a bit annoying, depending on our mood.

It’s one thing offering recommendations, but quite another when the algorithm starts manipulating your opinions and actions.

Cambridge Analytica gathered data from Facebook users to build an algorithm targeting political campaign messaging and the revelations proved why more effective data protection regulation is needed. I don’t know about you, but I was happy to have my in-box flooded with GDPR emails.

Now artificial intelligence (AI) or, to be more precise, machine learning, is entering the creative side of media – and it isn’t necessarily being embraced with open arms.

Put simply, AI is supplanting tried-and-tested methods like focus groups and preview screenings that have long been used to gauge audience reactions to plot lines.

Automated script analysis tools like Script-Book are seen as focus groups on steroids.

ScriptBook’s data scientists input scripts from thousands of fi lms into a database, creating a reservoir of information against which they can plot new scripts.

How violent is your script? ScriptBook can tell you.

What about your characters’ ‘likeability’ or if the ‘flow and pacing’ is optimal for a specific audience demographic? It can answer that too.

And what are the chances that your script will get made? The algorithm knows all of this and more.

My favourite is an automated Bechdel Test, which checks whether stories feature at least two women who talk together about something other than a man.

Research suggests only about half of features pass this test but ScriptBook chief executive Nadira Azermai says it’s “extremely simple” for machines to assess gender inequality.

But not everyone is happy with automated script analysis, for two reasons.

First, any algorithm is only as good as the data it receives and creative endeavours demand outside-the-box thinking. So how can a mould-breaking creative idea be put into the AI’s black box and come out alive and well?

The tool may predict how audiences will receive the next blockbuster movie from Marvel, but for the radical and new, maybe not so much.

The second issue is about getting rid of the human altogether. If AI can analyse scripts, how far away are we from it writing them independently?

Azermai is quick to say that her technology is focusing on helping to make scripts better, not writing new ones, but she admits that ScriptBook’s AI has written several on its own, though they’ve been “disappointing”.

Humans tend to anthropomorphise robots, so the AI tool is put into a human-like manufactured ‘body’ and virtual voice assistants like Siri have a soothing human voice to make them seem more like us. But so far at least, AI is not human. Will it get there? Maybe.

A friend who works in the music business tells me that the best AI is the one that amplifies human creativity, rather than trying to outdo it.

Let’s hope he’s correct. I suppose there’s an algorithm to find that out too. ­