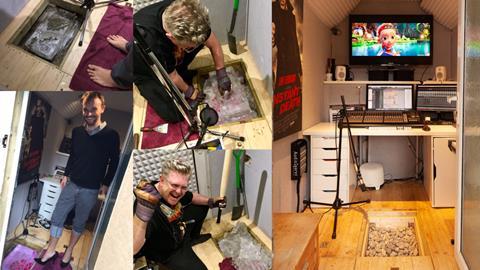 Foley is an area of post-production that re-creates live sounds captured on film. Often, the sound quality on set is too poor to use in the actual feature, or a bigger sound is needed for dramatic effect, and so the majority of the audio is recorded on a foley stage. A foley stage can be found in any major post-production company where props and equipment are used to capture all the individual sounds using different textured surfaces.

Foley in picture can be broken down into three main sub categories – footsteps, movement and props. It is the foley artist’s job, along with their production team, to record the effects live to picture.

The history of this art form originated with Jack Donovan Foley.

In the 1920s, Foley understood that with the advancements in picture quality, there had to be a more realistic sonic backdrop for new films to shine. Working as a sound editor at Universal at the time, Jack and his team began experimenting, recording sound effects using props to a one track recording, live, in one take. Now, technology has become more advanced but the process remains essentially the same.

Before recording, there is a spotting session where a dialogue mixer, music mixer and sound effects mixer sit down to identify the main moments or hits in the picture. These cues are noted down against the exact timecode of the film and the foley artist or team goes away to record.

Here at Soundtrack Creation, we are lucky enough to have our own foley stage in house. Somewhat smaller than some of the stages in big post-production facilities, ours fits into our own Studio 2. Underneath the floorboards there are three pits which include concrete, gravel, wood and sand, these can also be used to store other materials.

In 2016, we delivered the sound design, foley and theatrical mix for Snow Queen, Fire & Ice. The project involved a lot of natural elements; fire and ice were the two running themes and so the team had to get creative in capturing raw and evocative sounds.

Within the cue sheet there were a list of specific sounds that have to respond to picture – this is where the team had to use their eyes, hands, feet and ears to perfectly sync up and create the sound to match the moving image.

However, what can also be achieved from a session like this is creating a sound library for perhaps a specific theme or character. This can be sampled, and played using a keyboard.

Monty the Monster is a 30ft fire demon. We created a sampled instrument for Snow Queen using the foley recorded in the foley pit. The edited files are placed into the software instrument and played for an even more reactive and synced sound.

In this, picture props are used to chip and smash the ice placed within the foley pit, with close mics picking up all the various hits so that the team can start to edit the session into specific sounds needed for the picture.

Now the film has its sounds, it’s taken to the mixing stage using various plug-ins and EQs to sculpt the perfect tone for the foley.

Once complete, the broken down sessions are forwarded back to the other audio departments where between dialogue, music and foley, there has to be a clear and natural flow of elements.

Foley can also be something very visceral, used to accentuate and embellish a piece of action in a narrative that would otherwise fall flat. Think of the punches you hear in action scenes – these aren’t realistic but by sounding larger than life, they bring a sense of size and intensity that would be lost with just the raw audio of the performance alone.

When doing the foley for Tristan and Isolde, a hunk of beef was brought into the studio where it was promptly slashed, stabbed, punched and a whole manner of other violent actions. This was then layered in with the stabs to create a horrific soundscape of gore to reflect the medieval battles happening on screen. Again, if you have ever been unfortunate enough to impale yourself, you will know that it doesn’t sound very “Hollywood” at all and just really hurts.

Many other series and films have passed through the studio, which have also seen their fair share of supermarket produce obliterated in the name of foley. A cabbage got snapped to replace bones breaking and more beef had baseball bats taken to it in order to get some satisfying wallop sounds.

All this adds up to a feeling of being in the action with the character and feeling every break, tumble, and stab as if it was happening right next to you. And despite incredible advances in sound tech, equipment, and production, good old foley hasn’t had to change much since its early days. 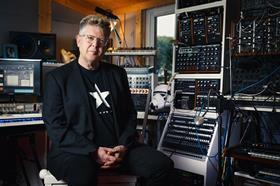