David Cordon, head of TV and film, Flipbook Studio discusses the pros and cons of recent trends in VFX production 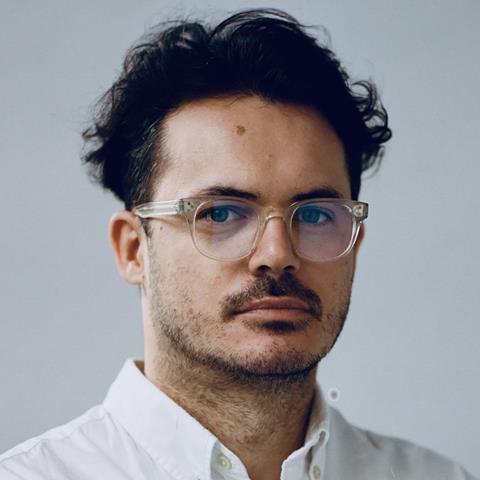 2021 is the year of building momentum. The production setbacks of 2020, while still impacting businesses everywhere, have begun to show promise of ending. It’s time for studios to once again start planning and building for a future without restrictions. This includes preparing and adapting to the new technological trends set to spearhead the industry forward as we emerge.

In light of this growing optimism, I’ve shared some thoughts on the technological trends that have been predicted by various industry leaders to take hold in 2021. We look at their pros and cons, and how they can be best applied.

The Unreal Engine - not hype

Every single studio – no matter the size – is exploiting the huge potential of the Unreal Engine. if not, they’re missing out on some incredible opportunities. As the engine continues to improve in quality and capacity, many studios are asking artists to produce original shorts, others are running R&D tests, and some are even offering clients opportunities to experiment. 2020 already saw some incredible examples of Unreal in use for broadcasted series – the Mandalorian is a prime example of the Unreal Engine used to great effect. The real-time engine was used throughout its production, generating CG environments and epic effects all displayed on a large LED wall. Disney also used Unreal for scenes in both Finding Dory and Rogue One: Star Wars too.

Unreal will soon become the main tool for previs and tech-vis. And its capabilities for virtual production will become standard practise for directors, at least for more technically complex films. It’s an exciting time for actors and directors alike, not just tech enthusiasts.

At Flipbook Studio, our use of Unreal is well established, and because we need to keep pushing boundaries in game projects, we get to play with it a lot. Look for example what we did in Bleeding Edge.

In-camera VFX is going to be a big talking point for the next five years. The term describes the process of adding VFX imagery in-shot during the scene. Once the potential is untapped, the cost of using volumes, hiring specialised technicians and the amount of energy consumed during the process will need some serious justification in post-production to prove it’s cost-efficient.

But beyond the practicality of this technology, there is a creative potential that shouldn’t be glossed over. There’s a reason directors are associated with particular styles and aesthetics, and that’s because they’re artists. Post-production is an incredible tool, but the closer visual effects can get to the on-set vision of the director, the better the synthesis between them and the real footage. This once again links to the creative potential of virtual production.

However, we should also prepare for the ever-growing necessity for greener energy consumption in the entertainment industry. After that, the overall cost needs to decrease to a level of affordability where it can become standardised. So while it’s exciting and promising, the idea that it’ll have a huge impact on the world of VFX in 2021 is really just hype.

Whether you’re working across games, advertising, film, or TV, USD (Universal Scene Description), is an exciting progression in studio workflows, streamlining production in incredible ways. USD allows users to edit a final shot while negating the need to re-render when making and adapting edits. Anything that significantly decreases the degree of manual labour will always serve to enhance creativity – this is the key to VFX in 2021.

It’s also possible that with developments like USD, we might see more VFX artists and studios entering earlier and earlier stages of production, rather than being reserved for post-production only.

Pixar has released the software as a freely available, open-source platform – an industry-changing decision. Already, software providers have started integrating USD in their last updates, a sign that the tool is already developing with speed. It can potentially free studios from a lot of compatibility issues and lengthy workflows, something that is always welcome in the profession.

However, the one drawback of having a powerful piece of software that’s open-source is that it requires the necessary technical skills to make the most of it. This can put it out of reach for smaller studios. To counter any potential problems, it’s important to explore long-term R&D collaborations with VFX partners.

Blender - one to watch

The open-source, 3D modelling tool, Blender, is receiving a lot of interest and for all the right reasons. Distributed for free, the software is equipped to support a full VFX pipeline. It even has its own editing menu that can perform masking and colour grading. On top of this, a lot of major software solutions – such as the 3D software Houdini – are developing a series of compatible features that integrate with Blender. It’s being used more and more in concept design for big studios, transitioning from an indie alternative to a mainstream production tool.

Next-gen, a Netflix animated film created by Tangent Animation, is a great example of what’s possible with Blender already – I’m expecting to hear a lot more about the software as it continues to expand in use this year. Especially as we’ve seen the rise of adult-orientated animated series, such as the hugely popular Netflix original, Love, Death and Robots.

At the start of the year, it’s easy to get carried away with the excitement of new technology and industry practices, their possibilities and limits. Some of these trends, such as the rising use of Blender, should be used, experimented with and brought into your daily work schedule. And while some ideas like In-camera visual effects are more hype right now, they should not be ignored. The VFX industry is renowned for its experimentation, helping them leap from hype to actuality. If you’re not experimenting or at least learning about the new tech listed here you’ll be playing catchup as your competitors thrive.