TV Critics: Believe; Salting The Battlefield; Mayday; Klondike; Ade At Sea; How to Get Ahead 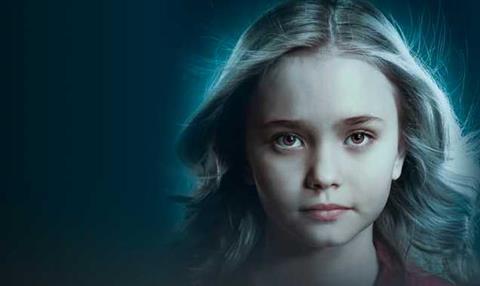 “It’s too early to tell whether Believe, the new fantasy sci-fi that started on Watch last night, is thrillingly mysterious or just lazily underwritten… Clearly, if we want to enjoy this new series, it’s best to heed the title’s none-too-subtle injunction and just believe. ”
Ellen E Jones, The Independent

“Alfonso Cuarón, the director of Gravity, has created a mediocre and derivative family-friendly sci-fi spy show.”
Andrew Billen, The Times

“A nauseating air of affluence, monetary and sexual, clung to what [Sir David] Hare call his “films”… Form reflecting content, the trilogy itself was exorbitant, wasteful of acting talent, location budgets but, mainly, of time. For all that, Salting was all right, wasn’t it?”
Andrew Billen, The Times

“Lots of plot points were culled from the news: the minister whose husband mysteriously dodges corruption charges, the horsey parties for media tycoons in Oxfordshire. But it’s not enough to be topical. A drama has to be dramatic.”
Christopher Stevens, Daily Mail

Mayday – The Passenger Who Landed a Plane, C4

“Gripping television. Primarily because it had an extraordinary story to tell… Even though I always knew the programme was going to have a happy ending, it was still the tensest 60 minutes of television I’ve seen in a long while.”
John Crace, The Guardian

“It might be new to drama, but you can’t fault Discovery on its casting…Even the most parochial Brit couldn’t help but be awed by Klondike’s many spectacular landscapes….Not so impressive was the wide-eyed Walden-lite voiceover that went with it.”
Ellen E Joness, The Independent

“Two episodes in and Ade at Sea (ITV) is looking less like a programme title and more a description of the presenter himself… The whole programme must have lasted well under 25 minutes if you don’t include the ad breaks, but it felt so much longer.”
John Crace, The Guardian

How to Get Ahead – At Versailles, BBC4

“Not so much a self-help guide as a mini-history of the reign of Louis XIV…But the programme was marred by its cliched soundtrack.”
John Crace, The Guardian