Cowell needed Beau Dermot because the rest was repetitive fare” 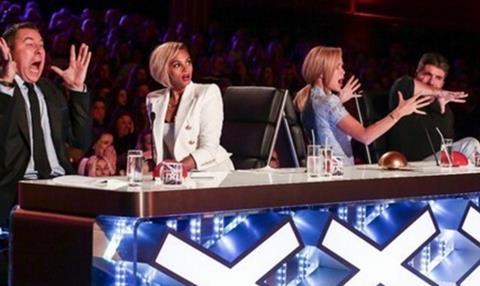 “Now in its 10th year…and it was the same old show - the dance troupes, the intros that make you think a contestant is going to be dreadful but – surprise! – they turn out to be brilliant, the no-hopers we’re invited to laugh at. It hasn’t got any kinder.”
Emine Saner, The Guardian

“The problem really, however, was not lack of ability but lack of novelty…. What the show needed, was the Susan Boyle moment, where excellence confounds expectations. Beau Dermott and an equally show-stopping Moldovan sword swallower…suggested Cowell may once more end the series as happy as a pig in muck.
Andrew Billen, The Times

“Cowell needed Dermot, though, because the rest of this 90-minute, tenth anniversary show was repetitive fare… It was all as predictable as the staged reactions from audience members, who just happened to say exactly the right thing while the camera was on them.”
Christopher Stevens, Daily Mail

“The script was even worse than last time… Still, the costumes were good as ever. Home Fires is tosh, but beautifully attired tosh.”
Christopher Stevens, Daily Mail

“What provides the fire in Home Fires is precisely what fails to produce a spark in modern soaps. There are things at stake for everyone – moral obstacles, social barriers, genuine issues of survival.”
Matt Baylis, Daily Express

“There was something dystopian and depressing about this programme, even though the idea was good… Perhaps one day all TV programmes will be made by drone, with no need for cameramen and women.”
Emine Saner, The Guardian

“There are some good jokes and some good shocks, and a fine layer of dread settles over everything like dust. It looks as if we have three years to get through with Jake before the day of the assassination but he’s likable enough, even though his habit of talking to himself is irritating and assumes we’re all idiots.”
Emine Saner, The Guardian