“As absorbing an arts documentary as has been made recently” 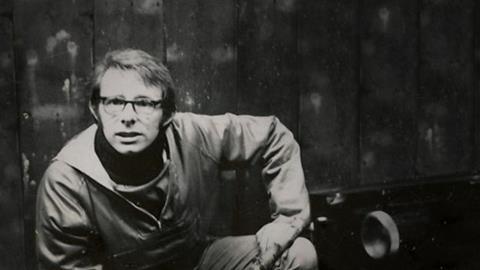 Versus: The Life And Films Of Ken Loach (BBC2)

“The title was justified by the divided critical reactions to his work, but what emerged from Louise Osmond’s fine film were the division within Loach. In the 1990s, unable to fund his film, the belligerent introvert made dirty realist commercials for chocolate bars and McDonald’s. He admitted that was a betrayal.”
Andrew Billen, The Times

“And there’s his own pain, over the tragedy of losing a child. It must have been hard to get that from such an apparently deeply private person. Perhaps Osmond nicked a trick or two from her subject and made him feel safe in order to allow himself to be vulnerable.”
Sam Wollaston, The Guardian

“This was as absorbing an arts documentary as has been made recently, casting sharp, penetrating and personal light on a mercurial and elusive figure who has etched a permanent place in the cultural consciousness of so many of us over the past 50 years.”
Gerard O’Donovan, The Telegraph

“The documentary portrayed his true colours, as giggly and weepy, flamboyant and insecure … an emotional maelstrom whirling round an extraordinary talent. Programmes this honest aren’t usually made until their subject is dead.  Releasing it like this, on the eve of Rio, must have taken exceptional courage — one deep breath and a flying leap from a great height. A gold medal performance.”
Christopher Stevens, Daily Mail

“Despite its funeral title, this was a blandly colourful ITV celebration of where we all were 50 years ago when England beat West Germany at the World Cup final (I know, I know: unborn mostly).
Andrew Billen, The Times

“There were moments when The Secret Agent did feel like it might, finally, burst into flame. But the finale’s relentless, drawn-out descent into bleakness quenched each spark as soon as it ignited. No one came out of this well. In the end you have to ask what was the point of making such a drama when it offered neither entertainment nor enlightenment on a subject so relevant to our times.”
Gerard O’Donovan, The Telegraph