“From the first moment of the first scene, I was utterly absorbed.” 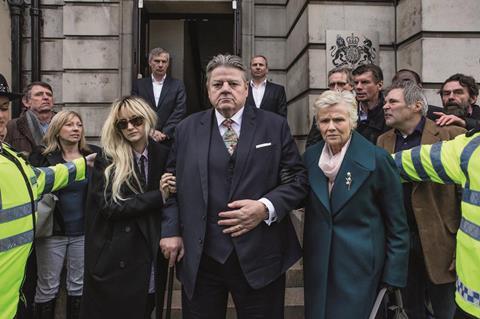 “National Treasure is thoughtful, bold and accomplished, a powerful example of how the issues of a news story can be explored through television drama.”

“After one episode of four, the result feels like a hefty landmark drama that favours troubling psychological complexity over soothing moral platitudes. It’s thrilling to have Coltrane back, wry and wheezing, propped up by a walking cane and bravely exposing a stout pair of moobs.”

“From the first moment of the first scene, I was utterly absorbed. Everything about this four-part production is gripping — the superb cast, the dialogue, the sets. There were no flashbacks. No showy tricks, no flourishes — just superb performances and a story with the force of a cannonball.”

“While some will keep watching to discover if Finchley indeed raped a woman in 1993, to keep us interested the writer Jack Thorne was going to have to offer us something more, in particular a compulsive lead character. I would say he is off to a strong start, greatly aided by Robbie Coltrane in the title role.”

“On its own and mirroring so many grubby real-life stories we’ve all seen plenty of, this might not have kept bums on seats for a full episode. There was more going on though. It shows every sign of being a clever portrait of a doomed man.”

Fertility And Me, BBC1

“For couples trying for a baby, or wondering whether they dare hold off for another couple of years, this was probably valuable TV. For the rest of us, it was too graphically medical. It’s hard to imagine anyone watching it for fun.”

“Claire Beavan’s film let everyone have their say, from the gallery mandarins to the artist behind the bricks to the bloke who chucked blue dye over them as a protest. As with many conceptual art pieces, a bit of explanation from an approachable expert made Equivalent VIII seem far less silly.”