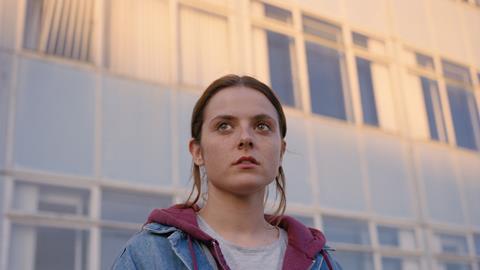 In My Skin helped me unpick a lifetime of shame

In October 2017, I’d just had another one of those ‘everyone’s really excited; it’s definitely going to happen’-type projects fall through, so I was indulging my bi-monthly daydream about becoming a landscape gardener, when a friend said to me: “The thing you think you need to hide deepest is the key to unlocking your creativity.” It was in context at the time – she doesn’t just speak in memes.

It got me thinking about the thing I’d spent my teen years hiding – namely my mum having bipolar disorder type one and my dad being an abusive addict. Before I could overthink it, I splurged out a one pager detailing that upbringing and baring my soul, and essentially saying, ‘maybe it could be a TV show?’

I sent it off to some trusted producers, then immediately felt sick and wanted to send another email saying, “don’t open that last email”. But then they’d probably think I’d accidentally sent them a photo of my boobs/fanny so I kept schtum.

Then a weird thing happened — all the producers were interested. Exposing myself (emotionally) seemed to have worked.

I ultimately teamed up with the excellent Nerys Evans at Expectation, who paired me with the genius script editor Andrew Ellard, and I set about writing a pilot. I kept saying to myself, ‘You might as well just be honest, it’ll never get made anyway, so who cares?’

Naturally BBC Three and BBC Wales then gave us the greenlight. Classic.

That was when things got complicated. It’s one thing choosing to bare your own soul, but it’s neither my place nor my right to make that decision for my family. A lot of soul searching and therapy followed. But long story short, we went ahead.

Our incredible casting director, Rachel Sheridan, trawled the length and breadth of Wales looking around every street corner and under every discarded can of Monster for our cast. The ensemble Rachel put together was beyond anything I’d dared dream, their talent, their chemistry; most notably so in Gabrielle Creevy and Jo Hartley who play the mum and daughter. Their connection is something magic.

We also made a conscious decision that Jo would never meet my mum so that she could make Trina her own, and yet there were times on set when Jo would enter the room in character and it would stop my heart in my chest. It was like having my mum stood before me – such is Jo’s skill.

The pilot TXed in October 2018 and went on to win Best Drama and Best Actress at the Bafta Cymru awards, something I still pinch myself over. The rest of series one then aired in March 2020 and picked up Best Drama at the RTS awards, and a couple more Bafta Cymrus for Best Writer and Best Director (for the incomparable Lucy Forbes).

We went into series two with big shoes to fill. I battled with some tricky second album type fear that manifested in extreme procrastination. Then after putting it off for months, I suddenly wound up writing the whole thing in six weeks. It was like one of those stories in Take a Break when someone doesn’t know they’re pregnant and then a baby just plops into the toilet.

We had Molly Manners join the team to direct series two and her work has blown me away – honouring what we set up in series one, but also making it entirely her own. Rebekah Murrell joined our cast and is quite simply a star in the making.

Creating this show has helped me unpick a lifetime of shame. It’s also been one of those rare experiences where I knew, in the moment, this is it – it doesn’t get better than what I’m doing right here, on this particular job, with this particular group of people.

Not to mention that our tiny micro-budget Welsh show landed me a job writing on Killing Eve, it also launched Lucy Forbes into being one of the most sought after directors in the UK, and catapulted our incredible star, Gabrielle Creevy, straight into Hollywood (she’s been cast to play Maggie in Showtime’s Three Women).

It’s true what my friend said: the thing you think you need to hide deepest really is the key to unlocking your creativity. Well, it was for me anyway.

I hope you enjoy the show, I hope it makes you feel seen, I hope it relieves you of some shame. But regardless, the knowledge that I’ve been able to take something bad and turn it into something good has been seismic for me. I’m a better person for telling this story.

And despite all her cruel and fickle ways, isn’t that the beauty of television?

Kayleigh Llewellyn is writer and creator of In My Skin, which returned last night (7 November). She is represented by Casarotto Ramsay & Associates