5
Hot Picks: Coach Me If You Can 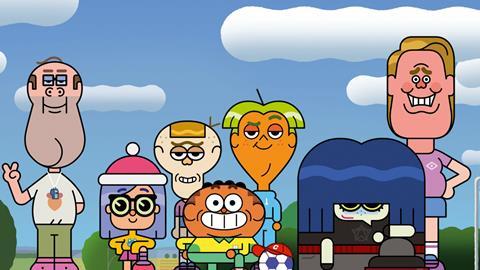 Hot Picks: Coach Me If You Can

Even before France’s World Cup win, Paris-based animation house Xilam had put out a call to its animators to come up with an idea for a new football-focused show.

“One of our artists came back with a brilliant idea about the reality of football in local clubs and playgrounds across the country, of kids dreaming they will make it as a professional footballer,” says Xilam chief executive Marc du Pontavice.

The show, aimed at six to 10 year-olds, revolves around a boy called Daniel and his football – which is actually Erico Platana, the world’s greatest player, who has been turned into a football by a mad sorcerer. To become human again, he must learn to deflate his ego and help clumsy Daniel become a football champ.

France Télévisions is attached to the series, which is now in production and is set to air on France 3 Ludo in 2019. The 52-episode series has pre-sold to Discovery-owned kids’ channel K2 in Italy.

“We’ll be launching the show at Mipcom and seeking further broadcaster partnerships around the world, tapping into the universal appeal of football,” Du Pontavice says.

In a market awash with animation, Du Pontavice believes a strong visual look and endearing characters are important.

“Comedy comes above everything, but it’s also hugely important to have a strong visual look and endearing characters that audiences can create a bond with,” he says.

The chief exec adds that it is easier to create the tone and look in-house and Xilam has now employed 250 animators in France in a bid to regain control of the production process and subcontract less to Asia.

“When you’re working with your own team, turnaround times are much quicker. Taking back control also gives our studio a chance to grow its expertise and for us to bring on board a wider range of artists to source even more creative material.”

Xilam’s other shows, including Oggy And The Cockroaches and Zig & Sharko, are currently delivering huge returns for the firm online.

Xilam’s YouTube channels receive an average of 300 million monthly views and have amassed 5 million subscribers, although Du Pontavice sees the platform as more of a vehicle for its library than for new content like Coach Me If You Can.

Zig & Sharko wasn’t very well known in the US until it started airing on Netflix, and then it became a phenomenon on YouTube,” he says.