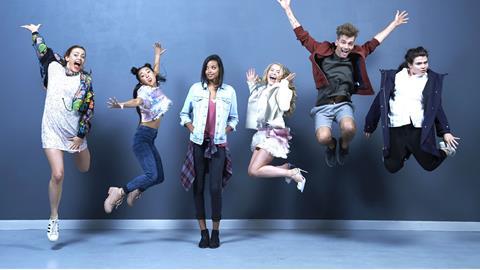 “Our idea was to have aspirational characters and a teen environment, and have that world explore the concerns of the tweens”

A drama without mermaids, vampires, dancers or horses is a rarity in tween scripted, and Katharina Pietzsh, director of ZDFE Junior, admits that the highlight of the German distributor’s kids’ slate this year is a departure from its usual fare.

Made through Riviera producer Foz Allan’s new indie Bryncoed Productions, The Athena is set in a hip London art college and follows the journey of Nyela Malik, a former model who sets her sights on becoming a fashion designer.

Filmed on location in London’s trendy Shoreditch, the show is populated by photographers, costume designers, graphic artists and jewellery-makers. Pietzsh says that while the series may not be fantasy, it does “tap into certain aspirations they might have around their dream jobs”.

Unusually for a drama aimed at nine to 12 year-olds, it doesn’t features tweens, with the series relying on a younger audience looking up to these older teen characters in an aspirational way.

Allan, whose previous credits include Wolfblood, The Dumping Ground and Hetty Feather, explains: “Our idea was to have aspirational characters and a teen environment, and have that world explore the concerns of the tweens.”

ZDF Enterprises, which worked with Allan on three series of CBBC drama co-production Wolfblood, was also drawn in by the high production values and talented cast and crew.

Lead writer on the series is Holly Philips, whose credits include ABC Australia’s hit drama Dance Academy 2, while the protagonist is played by Ella Balinska, whose profile is set to skyrocket, having been cast alongside Kristen Stewart in the new Charlie’s Angels reboot.

Pietzsh says there’s a huge appetite in the market for high-production- value tween fiction shot in English, which is why ZDFE has co-produced so many shows with Australian and UK networks.

“For independent distributors, these are a rarity outside the American kids’ networks, which tend to have their own distribution arms,” says Pietzsh. “Many of the US shows also tend to be sitcoms, which don’t play so well in territories such as Germany.”

ZDFE currently has three episodes of The Athena to view and expects to receive the rest before the end of the year. The series is slated to debut on Sky in spring 2019.