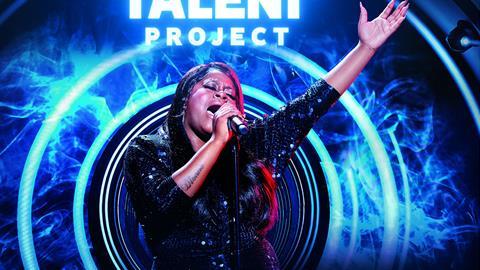 “People like singing shows, people still enjoy watching them, so yes, there’s still life in them”

Developed by the production and distribution giant’s Dutch arm, the show made its debut on RTL4 in September and is one of two new formats that Endemol Shine International will be launching at Mipcom.

Much like well-worn singing formats The X Factor and The Voice, The Talent Project nurtures a group of talented hopefuls, who in this case emerge from their training regime to perform in front of a panel of three judges.

Contestants audition for their place in a training academy where they will undergo 100 days of tuition and development from a team of 14 coaches.

However, rather than follow them through this entire process, The Talent Project condenses those 100 days into a two-minute time-lapse of their training.

“You don’t have to wait for the big swan reveal,” says Endemol Shine Creative Networks chief executive Lisa Perrin. “The reveal is the big studio moment.”

Eight contestants emerge to compete in the final stage of the show, performing in front of the judges.

Perrin says RTL4 airs the six-part series in the same slot as The Voice Of Holland, demonstrating the broadcaster’s belief in the new format. RTL4 has aired The Voice since 2010.

Alongside The Talent Project, Endemol Shine is launching another big format, The Heist, at Mipcom this year. The real-life game of cops and robbers will appear first on Sky 1 and is being produced by Shine TV.

Perrin says it feels like Endemol Shine has had “a big year for entertainment” and that broadcasters are hungry for the next big entertainment studio show.

All Together Now, a singing format that Endemol Shine took to market at Mipcom 2017, has travelled quickly and will hopefully be in 10 markets by the time this year’s market rolls around, Perrin says.

She will be hoping for similar success with The Talent Project.