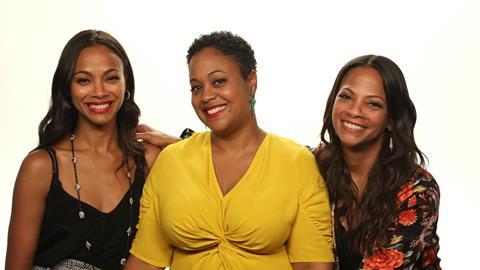 Hot Picks: You Kiddin’ Me?!

Executive produced by Kim Kardashian West, You Kiddin’ Me?! is a show in which celebrities must do everything they are told as they try to pull off an elaborate prank on the public.

Lionsgate executive vice-president and head of worldwide alternative programming Jennifer O’Connell says: “Our celebrities have signed on to participate in this fun, family prank show, knowing that they will have to say and do everything their family tells them but having no idea what that will be until they show up.”

Explaining the format, she adds: “We start the show with a test prank on one of the production team members. I love this moment because the controlling participants realise how much power they have over their famous family members or friends.

“Next comes the main prank, where we put the celebrity in a public setting, like a fake infomercial, talk show, art gallery, stand-up performance or cooking class. The best part is watching the reactions of the public.”

The first series launched on Facebook Watch in September and included Kardashian West, her family members Kris Jenner, Kendall Jenner and Kourtney Kardashian, and actress Zoe Saldana. It is also available as a linear format that can work across different slots.

In terms of its appeal to buyers, O’Connell says: “You Kiddin’ Me?! will thrive on any network that is interested in comedy shows, celebrity-driven content and programming that is targeted at a wide audience. The show will easily translate to many markets because it is funny, multi-generational and a peek into celebrity family relationships.

“The idea that you have control over someone close to you, especially a parent, is a total wish-fulfilment scenario and it is refreshing to see we all have similar familial relationships that we can relate to.”

In terms of the unique characteristics of launching on Facebook, O’ Connell says: “There was more flexibility with running time, which allowed us to edit the show in a way that best tells the story. We also shot a tonne of shoulder content to provide the community with a robust experience.”

There was also a synergy between Facebook and social media queen Kardashian West.

“Tapping into Kim’s global reach, as well as the other celebrities on the show, was super-helpful.”