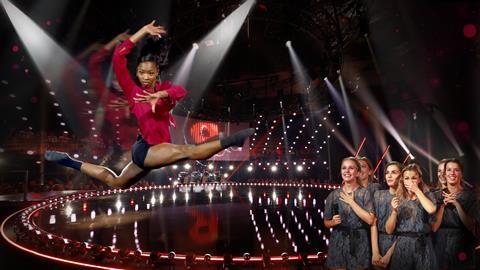 Dance Revolution is a primetime dance show that encourages dancers of all styles and ages to compete. Originated in French-speaking Canada by broadcaster TVA, it will be sold around the world by Israel’s Armoza Formats.

“We have had a co-operation agreement with TVA for three years, so we have been tracking this show since its inception two years ago,” says Armoza chief executive Avi Armoza.

“We have been working closely together on the format for the past six months, and all of the marketing support is now in place for pre-Mipcom launch.”

In terms of the format’s structure, dancers start by having to impress three dance industry experts to secure a spot in a round of head-to-head dance battles.

As the season progresses, they must prove their passion for dance on the stage as they perform solo and in groups, and work to convince the experts to mentor them and protect them from elimination. The 90-minute TVA version launched on Sunday 23 September.

Internationally, Armoza envisages episodes being anywhere between one and two hours in length, depending on the scheduling needs of individual networks.

Armoza says the show’s key distinctive feature is the use of “state-of-the-art technology to create a 360˚ shot of each dancer’s most spectacular ‘Revolution’ moment”.

The judges can use these throughout the competition – capturing the dancers’ precise movements to make sure they make the right decision. The dancers’ overall performances and their best moments are used to decide the four finalists. One of these will be named ‘Best Revolution Dancer’ and win a $100,000 grand prize.

Akin to high-end football or Olympics coverage, the show’s 128-camera set-up means dance moves can be viewed from every angle and in super slo-mo.

“This will give judges the kind of insights that usually aren’t available in dance or talent shows,” says Armoza. “In every dance routine, contestants will choreograph a key moment, and this technology will allow the judges and the audience to form a clear view on whether it was executed well – for example, did an entire group of dancers move exactly in time?

“This will help them decide who progresses to the next round, but also give the contestants information they can use to improve their performance. I’ve seen how it works during the shooting of the series and it’s very impressive.”

Armoza says it is an advantage to be able to show buyers episodes in the run-up to Mipcom.

“Buyers always like to see examples of shows that have already aired. In this case, the finale of season one isn’t being shot until November, so we can invite clients to the studio.”