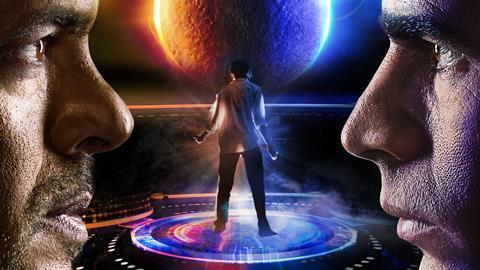 Showdown is an Israeli format that launched with strong ratings on broadcaster Keshet 12 last summer.

Produced by Tedy Productions, it was one of Israel’s top 10 shows of the week throughout its debut run, despite stiff competition from Big Brother and Game Of Chefs on rival broadcaster Reshet 13.

The Israeli version of the show was called Showdown – Aviv/Eyal and featured popular and controversial performers Aviv Geffen and Eyal Golan.

The strength of the Israeli version of the show is that it is more than just another singing competition, says Hughes.

“It has all the glitz and glamour you’d expect from a studio-based talent show, but what really sets it apart is this gladiatorial clash between two giants from opposing worlds – Mediterranean melodies versus Israeli rock. The conflict creates a very provocative and compelling piece of television.”

During the show, would-be contestants had to impress both Aviv and Eyal at initial auditions, despite often favouring one or the other’s musical style. With a third judge acting as referee, a select number were chosen to go on to audience auditions.

“Having prepared a song with both Aviv and Eyal, the singers then had to read the crowd and make an on-the-spot decision, while standing on stage under the glare of the lights,” says Hughes. “Whose arrangement would win the audience’s hearts, guaranteeing their survival in the competition?”

Aviv and Eyal narrowed down their teams to just six each through a series of high-stakes elimination performances overseen by the third judge. Then came head-to-head duels, whittling down the 12 remaining contestants to the four most talented singers, who battled it out in a final showdown.

In terms of global appeal, Hughes says: “The strong debut in Israel allowed us to road test every stage of this format. The showdown element between the two competing artists proved to be a really engaging hook for viewers.”

Whether you’re a fan of the contrasting musical styles or not, the rivalry is fierce, dynamic and highly entertaining, says Hughes, while social media “keeps the fans buzzing and the show in the headlines between episodes”.

Another key strength of the format “is that it generates an online debate among the mentors’ own fans”, she adds.

Hughes says the format is flexible, so it could involve different styles of music or different rivals in each new season.

Could it have more musical mentors? “That would be a decision for the acquiring broadcaster,” she says. “However, you have to remember that the ‘referee’ of the show is also a third key character. The good news for the development of the format is that there is no shortage of musical rivalries out there that it can be based around.”

At times, the dispute between the Israeli mentors became quite feisty and emotional, says Hughes, prompting the occasional walk out.

“Again, that’s something broadcasters can dial up or down depending on their audience,” she adds. “One of the interesting dimensions of the Israeli show is that the discussion often went beyond music, sparking national debates about social and political issues.”

Keshet International will begin pitching the format in the run-up to Mipcom.

Hughes says: “The fact that it has already completed a season on air will be of interest to buyers, and we’ve just had confirmation there will be a second series.”