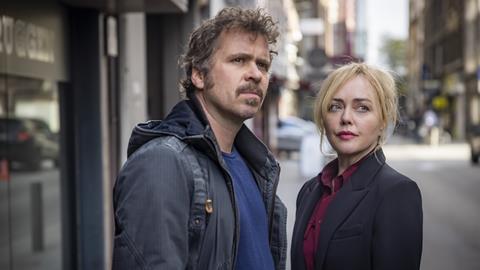 ‘It’s an easy to travel, easy-to-binge drama, which can go anywhere’

The series centres on Irish Criminal Assets Bureau detective Emer Berry (Angeline Ball – Keeping Faith, Doc Martin) and Belgian police commissioner Christian De Jong (Wouter Hendrickx – Blackout), who are drawn together by diamonds found by Berry during a routine raid, which are linked to a series of bombings in Belgium. Together, they uncover a political conspiracy involving a corrupt family of historic significance and face a race to stop another terrorist attack.

Besides its on-screen talent, Hidden Assets boasts an international pool of creatives behind it, with Emmy-nominated Into The Storm director Thaddeus O’Sullivan and Belgian Kadir Balci (AMC+’s Cold Courage) helming the six-part thriller. The series is written by Peter McKenna (Kin, Red Rock, The Musketeers) and Morna Regan – who was recently named on the BBC New Talent hotlist.

DCD Rights chief executive Nicky Davies Williams says its multinational element taps into an interest in more expansively geographical stories, spurred by the “Netflix influence” and the “one-world philosophy that has seeped down into all levels of culture”.

“Producers are much more open to that, but it’s terribly important you have an organic storyline that makes it an authentic mix of cultures,” she adds. 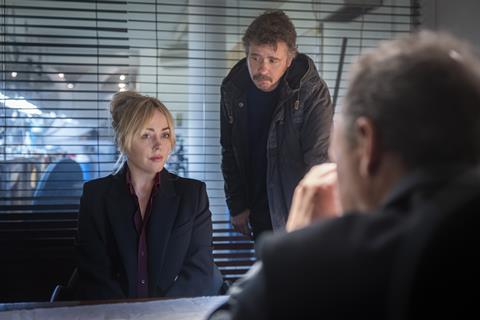 DCD Rights has had initial conversations with buyers and there are “obvious targets” of broadcasters in Australia and New Zealand. “It’s an easy to travel, easy-to-binge drama, which can go anywhere,” says Williams.

The distributor is launching at Mipcom and is “expecting delivery of programming in the next few weeks”, which Davies Williams says is “gold-dust, because most dramas have been hard to complete in this time”.