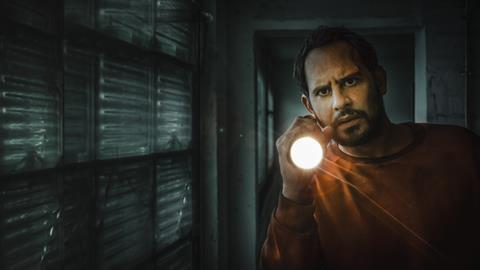 ‘We  see the power go out in homes, the transport is down, and no one can get back to their loved ones’

Disaster thriller Blackout - Tomorrow Is Too Late is the latest addition to Europe’s growing canon of post-apocalyptic dramas, which includes Netflix series The Rain and Tribes Of Europa, and Sky Deutschland’s 8 Days.

The six-parter from German SVoD Joyn and free-to-air broadcaster Sat.1 explores how quickly civilisation would crumble if the electricity grids across Europe went down.

Produced by Wiedemann & Berg (W&B TV), which made Netflix series Dark, the story is based on Marc Elsberg’s eponymous novel, which has been published in 22 countries, selling more than 1.7 million copies.

According to Red Arrow Studios International (RASI) president and managing director Tim Gerhartz, a sequence near the beginning of episode one sets the tone.

“We see the power go out in homes, the transport is down, and no one can get back to their loved ones,” he says. “Soon people run out of food, water, and they become aggressive.”

At the centre of the drama is Pierre Manzano, played by Moritz Bleibtreu (The Baader Meinhof Complex), a former hacker who realises that a code he created 20 years ago might be responsible for the havoc spreading across Europe.

The six episodes play out like a whodunit as Manzano investigates who had access to the code and who might be looking to frame him, as the police close in. Other characters include Frauke Michelsen (Marie Leuenberger), leader of the country’s crisis response team, who becomes conflicted when her own eight-year-old twins go missing while on a train.

The German-language drama is directed by Lancelot von Naso (Ceasefire) and Oliver Rihs (Black Sheep) and is scripted by Von Naso alongside his Ceasefire co-writing partner Kai-Uwe Hasenheit.

Gerhartz says RASI will market the series to linear and non-linear buyers in Europe first, before moving onto English-speaking territories.

The series is set to premiere in mid-October on Joyn (a joint-venture between ProSieben and Discovery) and on ProSieben flagship Sat.1 in early 2022.