1
Hot Picks: All Those Things We Never Said 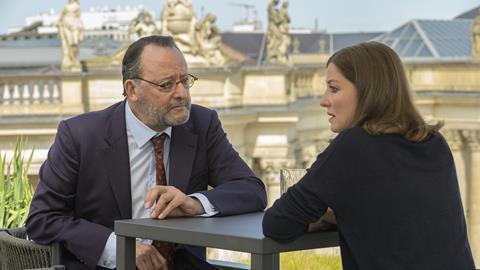 Hot Picks: All Those Things We Never Said

French-language drama All Those Things We Never Said is based on a best-selling novel by Marc Levy. Played out across two timelines and set in Paris, Bruges, Berlin and Madrid, it is a comedy drama combining family dynamics with a quirky sci-fi twist.

Beatriz Campos, senior vice-president of global sales and production financing, TV Series at StudioCanal, says it centres on “a father and daughter who have not spoken for many years and get to discover each other again in a road trip across Europe. The series touches on universal themes such as fatherhood and the search for love. As it evolves it transforms from a father-daughter reunion into a rom-com as first loves reunite.”

The sci-fi twist triggers just before the daughter Julia is about to get married, when she learns her father Michel has died. Julia is forced to switch her wedding dress for mourning attire – but then discovers, a day after his funeral, that her father has one last surprise in store.

A wooden crate is delivered to her home containing a life-size android that is a carbon copy of her father. The android explains that he contains the memory of her father and has a battery life of seven days.

The android convinces Julia to go on the road trip – but along the way it turns into something else: a quest to find Julia’s first love, Tomas, who she thought was killed on assignment many years previously.

Interspersed with the modern-day road trip are flashback sequences, says Campos. “These occur in the featured cities and include events such as the fall of the Berlin Wall. This dual aspect, contrasting the modern with the retro, adds tempo and tension to the storyline.”

“With these credentials, we knew that there was a real opportunity to create a dynamic, fresh series which would have strong, global appeal across demographics,” Campos adds. “The combination of smart dialogue and a stunning backdrop makes the series very engaging.”

Covid-19 presented some challenges in terms of production, says Campos. “Travelling from country to country to shoot iconic scenes in Paris, Bruges, Berlin and Madrid was not easy. However, the creative team was passionate about the project. They delivered amazing performances and a fresh, modern look for these cities.”

The fact it is a StudioCanal/StarzPlay copro for Canal+ Group and StarzPlay proves the versatility of the series, says Campos: “Having Starzplay on board proves it is an excellent series for a digital platform and for binge-watching,” she says.

“At the same time, the involvement of Canal+ linear channels and digital platform MyCanal is a statement that this series will find a place on a variety of platforms and broadcasters. I think it will appeal to a wide audience which is looking to escape the current reality and get immersed in beautiful stories.”

“He is such a well-known author in territories such as the US, Russia and Asia, especially Vietnam and China. His huge fanbase, combined with the international cast, will be key for us to introduce the project in markets like Canada and CEE. StudioCanal also has a great track record selling European stories into Australia.”