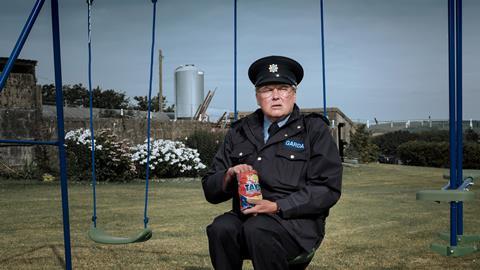 ‘It’s a whodunit, but also a character-driven story’

In 2019, ITV Studios launched a new scripted label in partnership with A Very English Scandal showrunner Dominic Treadwell-Collins. Subsequently named Happy Prince Productions, its main focus is the creation of high-end returning series that can play out across the UK and international markets.

ITV Studios’ senior vice-president of global content for scripted Kate Barnes recalls that one of the first conversations she had with Treadwell-Collins was about the fact he had picked up the rights to Holding, a best-selling novel by Graham Norton, adding: “He was very excited about it – explaining how the characters, the relationships and the plot all made it an incredibly special book.”

Roll forward two years and Treadwell-Collins is close to completing production on a four-part adaptation. Greenlit in the UK by ITV, international distribution now sits with ITVS, under its first-look arrangement with Happy Prince.

The story, written by Treadwell-Collins and Karen Cogan, centres on a local police officer, Sergeant PJ Collins, who has no real faith in his own abilities. Played by Conleth Hill (Game Of Thrones), PJ is a man who hides from people and fills his days with half-hearted police work.

“All that changes when PJ is called on to head a murder enquiry for the first time in his 15-year career,” says Barnes.

PJ is joined in West Cork by Linus (Normal People’s Clinton Liberty), a Dublin police officer who has been sent to offer support.

In terms of positioning, Barnes says: “It’s a whodunit, but also a character-driven story. Anyone familiar with Dominic’s sensibility will know that he is fascinated by interesting characters and how they relate to each other.”

At the time of writing, Virgin Media Television has struck a deal with ITVS for Ireland – but the rest of the world is still up for grabs.

Barnes says there is much to recommend the show: “An amazing cast, a beautiful part of the world, the crime/character combination and the international reputations of both Dominic and Graham. Four-parters are also good to sell, because they can be used either for bingeing or as linear schedule events,” she says.