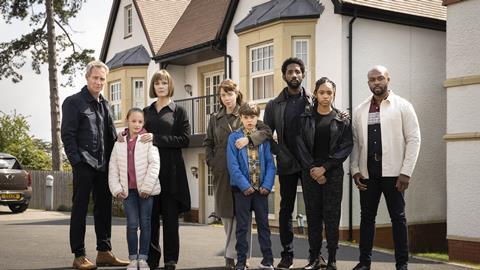 Mystery thriller Hollington Drive boasts a pedigree creative team, both in front of and behind the camera.

Billed as a taut domestic drama that explores the lengths families will go to in order to protect their children, it was created by writer Sophie Petzal and executive produced by Jonathan Fisher through his All3Media-backed indie West Road Pictures.

They have both previously worked together on two series of acclaimed Virgin Media Ireland and Channel 5 thriller Blood.

Hollington Drive is directed by Carolina Giammetta (The Drowning) and produced by Catrin Lewis Defis (The Pact), with ITV set to air the drama this autumn.

The four-parter follows two sisters – Theresa (Anna Maxwell Martin) and her headteacher sibling Helen (Rachel Stirling) – who fear their children may have played a role in the disappearance of a 10-year-old child. As the pressure, blame and accusations mount in the wake of the disappearance, the siblings switch between loyalty to each other and betrayal.

The drama is being sold by All3Media International, which has been working with the pair on the development of several scripted projects. Hollington Drive is the first series through the pipe.

All3MI senior vice-president of scripted content David Swetman explains that Hollington Drive gets right to the heart of what it means to be a parent and to fear what might happen to your children, and indeed what your children might be doing.

“It builds the tension throughout the four episodes, and we gradually unravel the complex and dark back stories to our characters,” he says.

Swetman believes Hollington Drive has broad appeal for international buyers. “The complexity of modern families and the lengths we go to in order to protect the people we love is something that we can all relate to,” he says.

All3MI has already closed several deals for Hollington Drive, with Sundance Now in the US, NRK (Norway), NPO (Netherlands) and VRT (Belgium), and pre-sold the series to BBC Studios in Australia.

Swetman says four-part thrillers work well for both linear channels – where they can be stripped nightly back-to-back or aired weekly – and streaming services as box sets.