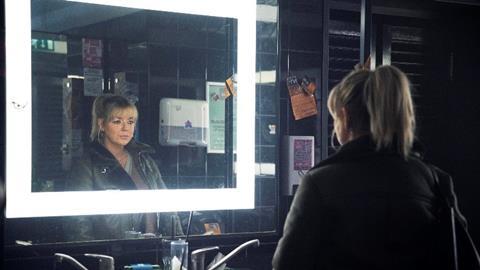 The Teacher is a four-part psychological thriller that follows Jenna, an experienced secondary school teacher who is popular with students and staff alike. After getting a promotion, she goes out to celebrate with colleagues at a local nightclub when they bump into a group of their students.

Jenna, played by Sheridan Smith (The Moorside, Cleaning Up), drinks too much and has no recollection of what happens next. The following Monday morning at school, she is shocked to discover that one of the students, Kyle, has accused her of having a drunken sexual encounter with him. She is suspended from her position and taken into police custody for questioning.

With no memory of the night and seeing no reason why Kyle would lie, she accepts responsibility for her alleged actions. However, she later learns the accusation may be part of a vendetta against her.

The show will air on Channel 5 in the UK, while eOne has distribution rights for the rest of the world.

Explaining the appeal of the show, eOne executive vice-president of acquisitions Noel Hedges says: “We’re always on the hunt for great British drama in what is a competitive and crowded market, and we got involved with The Teacher for two reasons. First, we liked the shape of it – four-part British drama is popular with buyers because it can be scheduled flexibly. Second, it has a sharp, simple premise, which makes it good to pitch.”

Hedges says the story works on several levels. At the outset, it appears to be about a teacher breaching her duty of care, but the unfolding plot reveals broader issues around safeguarding minors.

“Jenna still likes to get out and enjoy herself, and that makes her prey to jealousy,” he adds. “Someone is manipulating Kyle, which raises questions about how susceptible today’s children are to grooming.”

The Teacher was funded by C5 and eOne – without any need for pre-sale partners. And while the vendor has not signed any deals, Hedges says there is “a strong response from buyers”.

“The fact that it is airing on C5 shows it can work well in a linear context, but the four-episode format lends itself to bingeing if on-demand platforms are interested,” he adds.