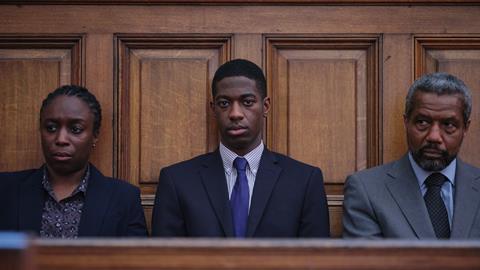 ‘The drama will sell because it is a powerful story’

The racially motivated murder of Stephen Lawrence in 1993 had huge ramifications for British policing, helped changed societal attitudes towards racism, and continues to resonate almost three decades on. In Conviction: The Case Of Stephen Lawrence, producer Hat Trick Mercurio is aiming for a worldwide audience.

Co-written by Frank Cottrell-Boyce and his son Joe, the ITV-commissioned drama follows attempts to bring Stephen’s killers to justice. It picks up the story in 2006, when DCI Clive Driscoll, who is brought in to secure a last-ditch conviction, discovers vital case files in a police station that is about to be closed down.

Driscoll, played by Steve Coogan, forges a friendship with Stephen’s parents Doreen (Sharlene Whyte) and Neville (Hugh Quarshie) and puts together an investigation that led to the imprisonment of two of the original suspects in the case.

While the series is partly based on Driscoll’s 2015 memoir, In Pursuit Of The Truth, series producer Madonna Baptiste says the Cottrell-Boyces put in four years’ worth of research, based on interviews and court documents.

The level of access to the story’s real-life protagonists is in part thanks to executive producers Mark Redhead and Paul Greengrass – who made ITV’s The Murder Of Stephen Lawrence in 1999.

Greengrass kept in touch with the Lawrences, while Redhead attended the trials and met Driscoll. “That’s when Mark went to ITV and told them how he’d like to return to the story and tell the rest of it, because what follows is really important,” says Baptiste.

The series is directed by Bafta-winning director Alrick Riley (The Walking Dead, Bridgerton), and Hat Trick International head of sales Sarah Tong says the casting of Coogan will help with international sales, but ultimately the drama will sell because it is a powerful story.

Conviction has already been sold to Paramount+ in Australia and HTI is in discussions with US platforms, while sales to smaller territories include Poland (Canal+ Polska) Greece (Cosmote) and Ireland (RTÉ).