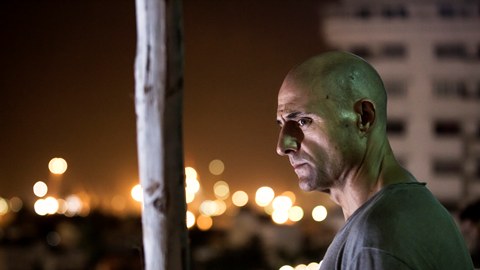 Deep State, the first drama to emerge from Fox Network Group’s regional scripted division for Europe & Africa, is an international espionage thriller about an ex-spy brought back into the field to avenge the death of his son.

Commissioned by outgoing Fox Networks Group UK chief Jeff Ford and vice-president of scripted drama Sara Johnson, the series stars Mark Strong (Tinker Tailor Soldier Spy) as Max Easton, who finds himself at the heart of a covert intelligence war and a conspiracy to profit from the spread of chaos in the Middle East.

UK writer Matthew Parkhill wrote the pilot while on hiatus from showrunning US cop drama Rouge. Johnson says the script’s mix of psychological and political themes is a good fit for the channel.

“It felt intelligent and global but also that it was intended for here and was original for us,” she says. “It’s really emotionally engaging to have a character who’s trying to have a second chance at life but gets carried along with thrilling events.”

On a political level, Parkhill says, he read about a construction company that had profited from the Iraq War and appeared to be getting rich by covertly encouraging chaos in the region.

“These two ideas merged, so you have this character who finds himself grappling with his personal and professional lives, and who becomes embroiled in a conspiracy between governments and big business,” he says.

“What is incredible is that we got the green light for the show the day after Trump was elected. What has gone on in the world directly affected it. I was writing the scripts while we were shooting out in Morocco so I could just suck in what is going on.”

Other writers on the show include co-creator Simon Maxwell (American Odyssey) and Jericho creator Steve Thompson.

While the story unfolds across the UK, US, Iran, Lebanon and France, it was entirely shot in the UK and Morocco. Locations in Casablanca doubled for Tehran and Beirut – due to the expertise of Endor Productions head Hilary Bevan Jones (State Of Play) and Morocco-based K-Films founder Khadija Alami (Homeland, The Night Manager).

The eight-part series is being dubbed into 10 languages and will air on Fox channels across Europe and Africa this spring, with second-window sales to follow. Territories targeted include the US, Canada Latin America, Asia Pacific and the Middle East.