6
Hot Picks: The Truth About The Harry Quebert Affair 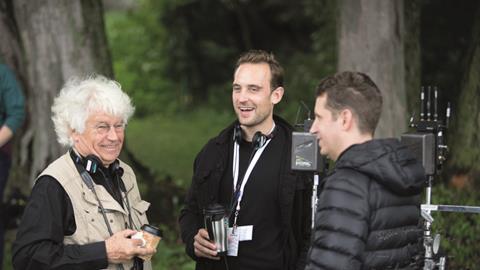 Hot Picks: The Truth About The Harry Quebert Affair

The Truth About The Harry Quebert Affair

The Handmaid’s Tale producer MGM is looking to replicate the success of its remake of Margaret Atwood’s dystopian novel with its next literary adaptation: The Truth About The Harry Quebert Affair.

The Hollywood studio is bringing Joël Dicker’s “naughty love story” to the small screen, fronted by Grey’s Anatomy star Patrick Dempsey and directed by Jean-Jacques Annaud, who directed by Oscar winner Black and White in Color.

MGM president of television production and development Steve Stark says The Truth About The Harry Quebert Affair is a “dirty little story” as well as a Hitchcockian psychological thriller with elements of horror and murder mystery.

Set in Maine in the north-east of the US, it tells the story of a literary icon, Harry Quebert, who finds himself indicted for murder after the body of a young girl is found on his property.

The project came about after Eagle Pictures chairman Tarak Ben Ammar, who is also co-founder of The Weinstein Company and a Vivendi board member, partnered with Youth producer Fabio Conversi, who optioned the rights through Barbary Films.

The pair approached MGM to be their US partner and the firm brought Dempsey on board to star as Quebert.

“The challenge was putting the pieces together quickly because of Annaud’s availability,” says Stark.

“We had an unusual situation of a great book, one or two scripts and a star who wanted to do it, but we didn’t have a broadcaster and we had a deadline approaching. We were so excited that we decided just to trigger production without a broadcaster.”

MGM then decided to bring the project to Epix, the US cable network it recently bought from Lionsgate and Viacom.

Masters Of Sex duo Lyn Greene and Richard Levine are writers on the 10-part series, which is being filmed in Montreal.

The series is being produced as a “limited event series”, which means the entire book has been included in the 10 episodes. This, Stark says, was similar to its approach to The Handmaid’s Tale, the Elisabeth Moss-fronted Hulu series that has won a raft of Emmys.

“Even though it’s valuable for us to generate franchises that are ongoing, I never feel that I’ve earned the right to do a second season unless the first season is exceptional,” says Stark.

The title will be one of MGM Worldwide Television Distribution’s priorities at Mipcom, where it will also be selling a Chris O’Dowd and Ray Romano-fronted adaptation of Get Shorty and Condor, a 10-part series inspired by Robert Redford’s Three Days of the Condor.