3
Hot Picks: EasyJet: Inside the Cockpit 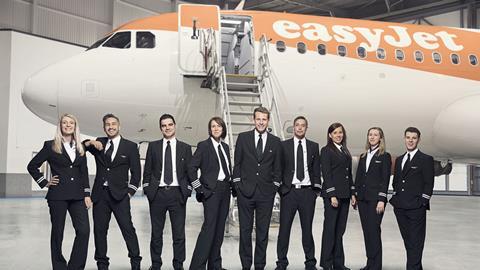 Hot Picks: EasyJet: Inside the Cockpit

EASYJET: INSIDE THE COCKPIT

EasyJet: Inside The Cockpit offers a fresh glimpse into the airline industry by following a group of EasyJet pilots as they progress through their training.

Throughout the three-part documentary series, young pilots undertake their debut solo flight and their first passenger flight, and experience the ups and downs of mastering take-off and landing.

ITN head of development Dan Grabiner came up with the series almost two years ago after finding out that EasyJet had launched a recruitment drive for female pilots.

An 18-month-long conversation ensued as ITN fought to convince the airline to grant it access. Produced in association with the airline pilot training organisation CTC Aviation, the series offers a glimpse into the rarely seen training programmes of young pilots as they prepare to take to the skies.

“I think ITV was sold on the fact that we were offering this view of the pilots we haven’t seen before,” says ITN Productions head of factual Will Smith. “There have been programmes about airports and airlines before, but we haven’t seen inside the cockpit.” 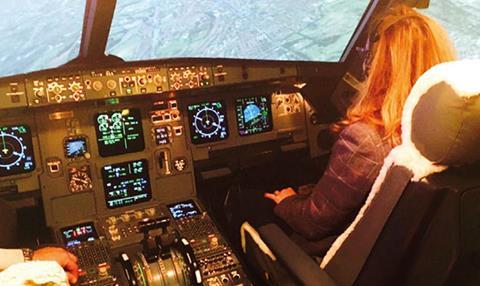 After finding a fresh angle for the series, the team were left with the challenge of filming it.

To overcome this, the team installed a mini-fixed rig into the cockpit, which they had to construct and dismantle in 10 minutes during the quick turnaround on flights.

This left the production team anxious as they had no idea what footage would be captured. “It was a strange feeling to put the rig in, shut the doors and have no idea what we’d filmed until we got back to the office,” says Smith.

Ensuring the rig was installed perfectly before take-off created extra pressure. “You only get a pilot doing a first landing once and if the sound isn’t right or the picture’s a bit dodgy then you’ve missed it.”

However, the team captured moments of the pilots “laughing and joking and chatting about less serious things. You just remember that they’re humans,” says Smith.

Seeing the softer side of the pilots chimed with viewers, with the series picking up an overnight audience of 3.7 million (19.3%) when it launched on 14 August in a Monday 9pm slot. 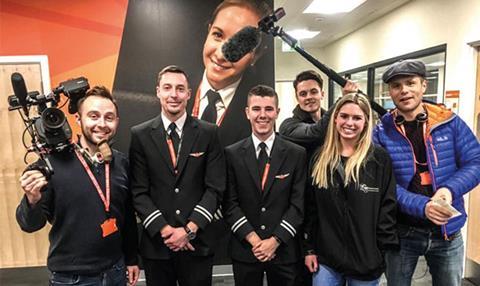 The impressive ratings have buoyed TCB Media Rights boss Paul Heaney as he heads to Mipcom to sell both the format rights and the finished tape.

“There are two big ticks to this show,” says Heaney. “It’s on ITV primetime and it rated really well. If you’ve got an ITV primetime hit on your hands, as a distributor you’re dealing with something quite valuable.”

Heaney is confident ITV will renew the show for a second series, which will make the initial challenge of selling just three episodes much easier.

“People are obsessed with the minutiae of everything and this fits into broadcaster’s schedules around the world,” he says.

With 42 new shows to sell at Mipcom, TCB is already ahead of the game with sales for EasyJet: Inside The Cockpit, including to National Geographic in Poland and RTL in the Netherlands.

When the market gets under way, Heaney expects further interest from territories including the Nordic regions, Australia, New Zealand and potentially the US.

He also predicts strong interest from central and eastern Europe, where the familiarity of the EasyJet brand is strongest, as well as Spain, Portugal and Italy.