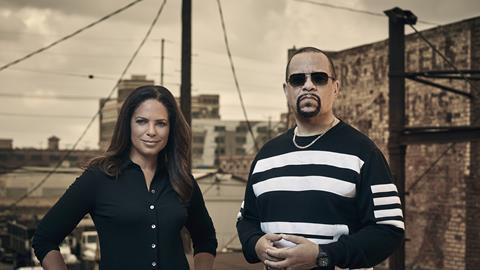 Uncovering new details of murders of the rappers

Twenty years after the death of rappers The Notorious BIG and Tupac Shakur, the story continues to make waves, with distributor Electus International hoping to tap into their enduring popularity.

“Two of the biggest icons in hip hop at the top of their game passed away within six months of each other,” says Electus president of world television and international John Pollak.

“They were pioneers who changed the culture – but their story still resonates because the crimes have never been solved. Hip hop is still relevant today and people all over the world continue to listen to it and want to learn about the history of the culture and the East Coast/West Coast rivalry.”

The hosts also introduce an exclusive audio recording of Biggie discussing the death of his former friend, who was gunned down leaving a Mike Tyson fight in Las Vegas.

“The involvement of Ice-T was critical,” says Pollak. “He knew all the players, helped get access and is a great piece of talent from an international perspective.”

Additional authenticity was brought to the film by producer Critical Content, which is responsible for CBS two-parter The Case Of: JonBenét Ramsey, an investigation into the murder of the child beauty pageant queen in 1996.

While Pollak is aware that many fans already know the basic facts of the Biggie and Tupac story, he is confident that the film adds value to a conspiracy-laden subject.

“This special does a great job of using today’s technology and resources to re-investigate these crimes and get some real insight into what happened,” he says.

“Having watched it, you walk away fulfilled and feel like you are taken to a point where you can make a determination of what actually happened to these guys.”

”The true crime genre is exploding and this story is like a real-life unscripted episode of CSI”
John Pollak, Electus

Pollak has grand ambitions for the film, setting his sights on securing deals with major free-to-air terrestrial broadcasters.

The UK, Australia, Scandinavia and mainland Europe are top of the target list, alongside global interest from the streaming giants.

“The true crime genre is exploding so the primary broadcasters are all looking for shows in this space,” says Pollak. “This story is like a real-life unscripted episode of CSI.”

He will also draw heavily on its performance on Fox, where it attracted almost 3 million viewers in a primetime slot with an “incredible” amount of social media buzz.

“The online buzz is important,” says Pollak. “It means that those people who have recorded it are more likely to watch.”

While he acknowledges that attention spans are dwindling, he is confident that there is still an appetite for a two-hour special.

“There is a healthy market for the right kind of content. The market has shifted and it isn’t as high as a priority for broadcasters as it used to be, but buyers are looking for something to fill those kind of time slots if the content is compelling,” he adds.

The doc stands out in a format-heavy Electus catalogue that includes the likes of ABC’s Toy Box and NBC’s Running With Bear Grylls, as well as Netflix drama Marco Polo.

“We tend to avoid one-offs because they don’t naturally fit with our business,” says Pollak, who was recently promoted to his current role having served as Electus International president since 2012.

“Those that we do carry must have the potential to be picked up by the free-to-air broadcasters. We are only interested in big, entertaining programmes, which are highly marketable and can make a lot of noise and cut through a crowded EPG.”