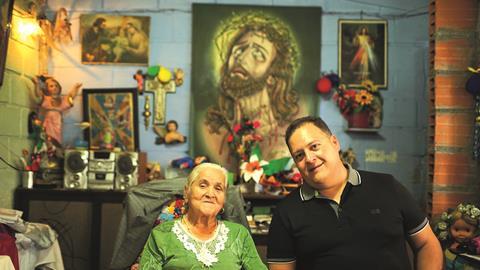 “One of the most complex villains of our time”

Just over a year ago, Canadian producer Eric Hebert saw the acclaimed Netflix drama series Narcos and asked himself just how accurate it was in depicting the life of Colombian drug baron Pablo Escobar.

He decided to find out by flying to Colombia to make a documentary. The result: Escobar Exposed, a two-hour production commissioned by TVA channel AddikTV and distributed globally by Beyond Distribution.

Hebert is not the first filmmaker to become fascinated by the Escobar story, but his pursuit of the truth was greatly aided by meeting Escobar’s son, Sebastián Marroquin, in Colombia.

“Sebastián’s involvement in the production enabled us to get access to previously unseen family archive and exclusive interviews,” he says.

Picking up the story, Beyond Distribution senior vice-president of sales for USA, Canada & Latin America Sherry Fynbo adds: “There are three main things that elevate this documentary over other films about Escobar: the previously unseen archive, which shows him with his friends, family and associates; Sebastián Marroquin’s involvement; and an interview with Pablo Escobar’s widow, who hasn’t been interviewed by anyone for 25 years.” 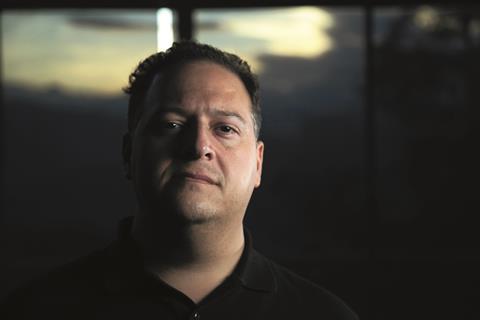 Fynbo promises insight into the world of the ‘sicarios’, Escobar’s feared hit men, who were picked up from the slums of Medellin as young teenagers and trained as assassins.

She says there’s no question that the doc will sell worldwide.

“Buyers can’t get enough of Narco-related content, whether it’s films, dramas or documentary. It may not be right for all free-TV broadcasters, but it would be a good fit for any pay-TV channel in search of standout event content. One interesting thing about this kind of programming is that it appeals as much to the female audience as to men.”

Beyond has already announced deals with Telemundo for Hispanic US and with History Channel for Latin America. Other deals, including a major European pre-sale, are close to completion.

Explaining why his network was so quick to snap up the doc, Luis Silberwasser, president, Telemundo and Universo Networks, calls Escobar “one of the most complex villains of our time”.

He adds: “We pride ourselves in finding the best untold stories for the US Hispanic market.”

Aside from learning more about Escobar’s business acumen, Hebert says one of the most interesting discoveries was the power of the people in Medellin.

“They were very smart, organised and dangerous – which is why the Medellin cartel was the number one cocaine smuggler in the world.”

Beyond will be supported in Cannes by Marroquin, (real name Juan Escobar), who fled Colombia after his father’s death in 1993, has written a book about him and features prominently in the film.

“For many years, Sebastián wasn’t free to talk about his upbringing, but now he can say what he wants – and that has helped the production enormously, says Hebert. “This really is one of those stories where the reality goes beyond the fiction.”