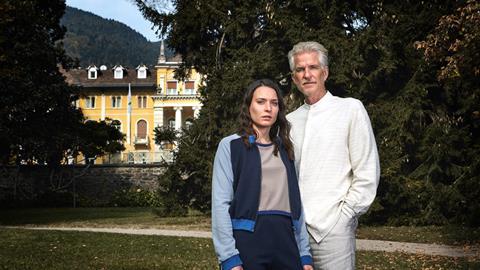 Sweden’s Yellow Bird, a pioneer in Scandi noir – from Henning Mankell’s Wallander to Stieg Larsson’s The Millennium Trilogy – is returning to the genre with an adaptation of Swedish author Marie Hermanson’s 2013 novel The Devil’s Sanctuary.

In the 8 x 60-minute series, a young woman, Hel, accepts an invitation to visit her estranged twin, Siri, at an exclusive and remote residential sanatorium.

Tensions rise when Hel refuses Siri’s plea to swap places with her for a few days while she takes care of some business. Waking to discover her sister gone, Hel finds herself trapped in a nightmare surrounded by the most predatory and manipulative people imaginable, in which survival overrides thoughts of escape.

“This is not a regular crime thriller with lots of gore and dead bodies,” says Marianne Gray, Yellow Bird’s chief creative officer in the US.

“We’re using the backdrop of beautiful locations to play off against the psychological terror that unfolds. We’re asking the audience to consider whether people become psychopaths by nature or nurture.

“This story has a deep investigation of psychopathy at its heart, in contrast to your conventional maverick cop or buddy-buddy police drama. It’s the kind of project we gravitate towards – a regular person in extraordinary circumstances.”

Filmed on location in Trentino, Italy, the show is scripted by Charlie Fletcher, co-directed by Enrico Maria Artale and Óskar Thór Axelsson, and post-produced in Italy at Fabula Pictures.

“The production is organically international,” Gray says. “The setting for the story is a nationally funded research centre that naturally attracts people from all over the world, so the dialogue is 95% English language, with some subtitles. For certain territories, it will be dubbed.”