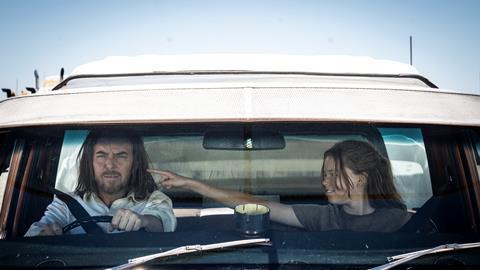 “Upright is sweet and sour. It’s a real gem of a show – charmingly funny and incredibly sad”

Combining his music and comedy skills, Minchin plays Lucky Flynn, a talented pianist who has decided to transport his prized piano 4,000km across Australia to say goodbye to his dying mother.

Blasting into the story with a truckload of expletives, it soon becomes clear the teen’s tough attitude hides a past as troubled as Lucky’s.

“Emotional, hilarious and unique” is how Noel Hedges, executive vice-president of acquisitions at distributor Entertainment One (eOne), describes the roadtrip drama, which is being made for Australia’s Foxtel and Sky in the UK.

Tonally, Hedges likens Upright to tragi-comic counterpart Fleabag, especially in the way both series use humour “as a way in” but with writing that “reveals deeper levels”.

The exec believes the series perfectly showcases Minchin’s ability to tap into the sensitive and emotional aspects of human nature and expects that the story about two lost souls dealing with grief and loneliness will have audiences’ emotions fluctuating throughout.

Upright, he explains, is “sweet and sour” – humorous in its set-up but it “pulls you back to something quite real and serious”.

In addition to rooting for Lucky and Meg, audiences become intimately acquainted with the beauty of Australia’s vast landscape across the eight-parter, from the arid desert of the Outback to the luscious farmland and coastal areas of South and Western Australia.

The eye-catching visuals provide the backdrop for Minchin and Alcock’s relationship, which Hedges explains is a key draw for Upright. “Milly Alcock is a revelation.

This is her breakthrough role, and will get her noticed. She is amazing as this foul-mouthed, precocious but hurt and lost young girl,” he says. “Tim, in Australia, is one of the key talents, fêted as one of the country’s cultural icons.”

His international status is also assured, with the UK having “taken a weird ownership of him” too, because “he talks our language”, adds Hedges.

Minchin was part of the writing team, alongside creator and comedian Chris Taylor and Australian writer/actors Kate Mulvany and Leon Ford. The team combined to create wordplay between Lucky and Meg that, Hedges notes, “offers hilarity but also really touching moments”. Consequently, eOne is not selling the series as a pure comedy but is targeting drama buyers.

Upright would work well on linear television, both pay-TV and free-to- air, says Hedges, but the bingeworthy nature of the series means it would also sit comfortably on an SVoD service.

While the drama is launching at Mip TV, Hedges says he and his colleagues are conducting “early conversations” with buyers from key markets. “Upright is a real gem of a show,” Hedges concludes. “The drama is charmingly funny and incredibly sad.”

He praises the rough cuts that eOne has seen, adding: “The team have done an excellent job.”