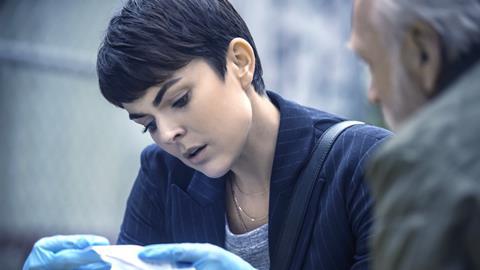 “Case-of-the-week formats work well for broadcasters, as they don’t need a long commitment from viewers”

Procedural police dramas involving coroners or pathologists are no rarity on the drama market, but they are predominantly fronted by thick-skinned, impregnable individuals, often male, whose personas are of unflappable confidence.

Coroner comes with a good creative pedigree. It is based on the books by Keeping Faith writer Matthew Hall and was created by playwright and screenwriter Morwyn Brebner, who devised hit Canadian procedural Rookie Blue.

“This is the most complex fusion of character and procedural I’ve ever worked on,” says Brebner.

“I feel like I’m able to put my full self, as a woman and as a writer, into the show. Jenny suffers from anxiety as well – in a very dramatic, visual and, we hope, satisfying way – which is something I also deal with, though not as dramatically. So it’s a very personal show in that way too.”

Brebner and director Adrienne Mitchell emphasise that Coroner tries not to get bogged down in procedural conventions. “Jenny doesn’t brood, nor does the series – there is something fresh and incredibly relatable in that,” says Mitchell.

“She’s interested in the sum of the parts – not simply in the person to charge with a crime. We have some two-part episodes, depending on the parameters of the case. We break our own rules for the sake of evolving the series and try to avoid getting stuck in patterns. We think that’s what really makes the series stand out.”

These types of series are still in hot demand, according to Julien Leroux, senior vice-president of global scripted co-productions at Cineflix Rights.

He says the “case-of- the-week format works well for linear broadcasters” because “they don’t necessarily need the long commitment from viewers that they do when they’re bringing something very serialised”.

Coroner has been created with multiple seasons in mind and NBC Universal International Networks has already committed to the show in multiple territories. Leroux says the deal is a massive boost as the drama approaches the market.

Though he is concentrating on linear broadcasters initially, Coroner would sit well on a streamer, he adds.