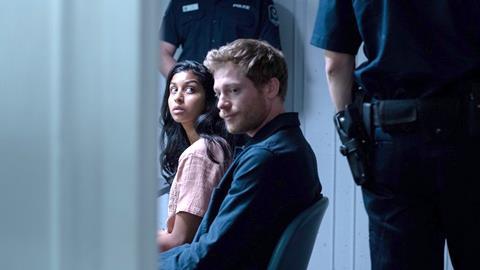 At a time when the Time’s Up and #MeToo campaigns are trending and gender politics and toxic masculinity are never far from the news cycle, Australian drama The Hunting feels timely.

The four-part series follows the discovery by two high-school teachers that their students are sharing explicit photos of underage friends and peers online.

By following the lives of the students, teachers and the families involved, the drama covers a range of social attitudes and topics including sexuality, online exploitation and misogyny, “everything that’s causing enormous controversy around the web at the moment”, according to Nicky Davies Williams, chief executive of distributor DCD Rights.

Tapping into the zeitgeist is likely to make The Hunting a hot proposition and Davies Williams says another advantage is the drama’s cross-generational appeal.

“It is incredibly contemporary and hits younger audiences as well as older ones,” she says. “The parents are the older generation, the teachers are young.

“They’re trying to deal with their own liberal attitude that’s compromised by the law, which has not really kept pace with social media, and how that can be a bit of a blunt instrument when something a bit more nuanced is required. It is often the kids themselves that show a more mature attitude than some of their parents.”

DCD boarded the project in its early stages with a “considerable advance”. The Hunting has added Asher Keddie (The Cry; X-Men Origins: Wolverine) and Mission: Impossible II’s Richard Roxburgh, with whom DCD worked on Australian legal drama Rake.

With universal themes and global stars, Davies Williams is eyeing the international market.

“Public broadcasters are very good at addressing those issues, but at the same time, the cast we have and the billable quality of the inciting incident mean we do cross into the SVoD realm,” she says.

“For the European market in particular, The Hunting is quite on the nose. There should be a lot of interest from Scandinavian, German and French networks, and America is definitely a key market because of the burgeoning SVoDs.”

The series’ budget is in line with Australian drama productions and while it is not trying to be movie quality, Davies Williams says it is a “good, well-executed, well-written” series, with the high production values that are the hallmark of current Australian drama.