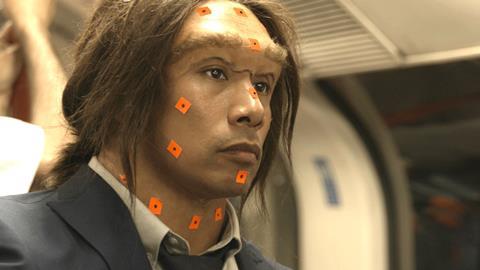 As part of its work on a forthcoming BBC series, Jellyfish has created the most scientifically accurate representation of a Neanderthal ever made

The BBC’s upcoming 2 x 60-minute factual series Neanderthal (w/t), which is due to TX early next year, attempts to recast the image of the Neanderthal compared with how the species is typically perceived.

Instead of the primitive cavemen most people picture when they think of a Neanderthal, they were in fact sophisticated beings with their own language and culture.

Neanderthals had to fight with humans for survival. They were stronger, faster and were also smart, but around 40,000 years ago, humans won out and Neanderthals died out. 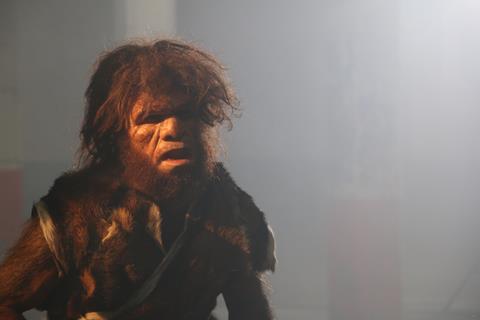 The series attempts to find out what Neanderthals were like, and why they lost the battle for survival. It shows them walking among people in the present day; taking a trip on the tube, and in battle against a martial arts fighter. What will surprise the most is that there isn’t such a huge difference between modern-day humans and Neanderthals.

John Park, who directed the VFX scenes in Neanderthal, says: “For the present-day stuff, such as when the Neanderthal is on the tube and in the fight, we humanised him a bit.

”The programme changes the perception of what a Neanderthal looks like, showing how he would have appeared mingling with people today, in everyday situations. He doesn’t stand out as much as you might have imagined.”

The two-part series, a co-production between the BBC and US broadcaster PSB, with backing from the biomedical research charity Wellcome Trust, was directed by Vikram Jayanti and uses a mixture of live action and full CG face replacements to create the Neanderthal.

“The programmemakers wanted to see a true living and breathing Neanderthal. They were far away from being covered in fur”
Tom Brass, Jellyfish

There are also stylised CG sections that depict Neanderthals engaging in everyday tasks such as hunting, cooking and eating. There’s even a romantic scene, too.

The Neanderthals in the series are believed to be the most scientifically accurate, photo-realistic representation of the species to date. They were created through detailed CG work by VFX and animation house Jellyfish, working with the world’s leading experts on Neanderthals.

“The programme-makers wanted to see a true living and breathing Neanderthal. They were far away from being covered in fur and look nothing like we preconceive them to be,” says Jellyfish art director Tom Brass.

The starting point for Jellyfish’s Neanderthal involved a trip to Iraq to scan the skull of one of the best-preserved Neanderthal specimens.

“We used this as a basis to work on and, once we had the scan back in the UK, we sent it to Dundee to a specialist forensic art department, which was able to reconstruct muscle and cartilage onto the model,” says Brass. 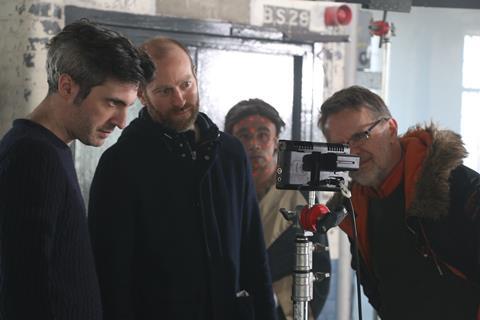 Armed with this fleshed-out scan, Jellyfish was able to go to work on it, and begin to sculpt it into a detailed CG model of the Neanderthal’s head.

To assist with the development of the head, Jellyfish brought in world-renowned Belgian twins the Kennis brothers, who have dedicated their working life to illustrating and modelling Neanderthal heads.

“They have a great understanding of models and faces, and create sculptures of all stages of human development right back to the monkey. They came in for a day and advised us on how to progress – essentially, they took what we had and finessed it,” says Brass.

“The way Neanderthals used their mouths to hold things meant they had different muscles around their mouths, which are quite a contrast to what humans have. We brought all this insight into what we were doing, to bring this level of believability to our model.

”All the time we were going backwards and forwards with scientists to ensure the models were as scientifically accurate as possible.” 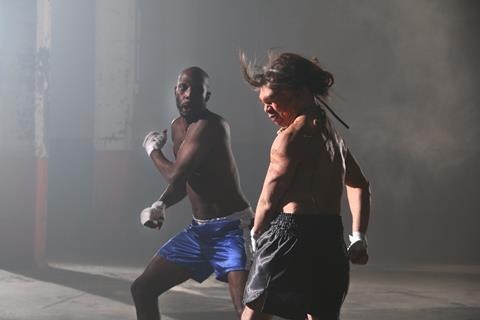 Once the head was sculpted according to the latest scientific thinking, Jellyfish set about adding flesh to the bones. Creating a texture for the skin that looked believable and convincing meant trying to find someone with a similar skin texture to that of a Neanderthal, so their skin could be scanned and moulded onto the model.

Jellyfish eventually found someone well suited to the task through a casting agent. “We scanned the skin of this guy, who had ruddy, leathery skin, as a basis for the skin texture of our Neanderthal.

”We went up to a studio in Sheffield and did a full photogrammetry scan of our actor’s face, where we got him to do a range of expressions. We went through all sorts of facial shapes and expressions,” says Brass.

Back at Jellyfish, the team built up a library of expressions, putting together facial rigs for each one. They also scanned co-presenter Ella Al-Shamahi to get the skin texture for a female Neanderthal.

“We used the same Neanderthal skull we scanned for the male Neanderthal and made it a little smaller and adapted it a bit to work as a female version,” says Brass.

To create the Neanderthal’s body, an actor was used to act out all the movements, particularly in the fight scenes.

Nick Kellington, who is best known for having played Igglepiggle in In The Night Garden, played the role of the Neanderthal, with his head replaced by the photo-real CG model. “The fight scene was originally going to be all CG,” says Park.

“But we felt that, to give it an added sense of reality, it should be shot live-action instead, using a body-double and face replacement. We choreographed two sequences, one with what many people think a Neanderthal looks like – a kind of ape man – and the other with the new, much more accurate Neanderthal. 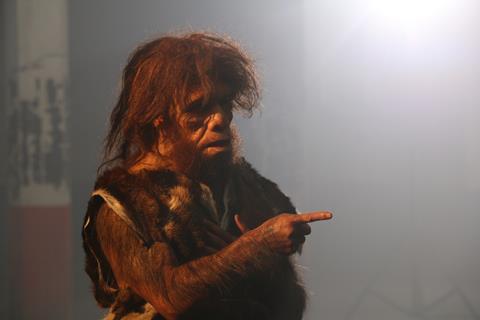 ”We worked with stunt choreographer Roy Taylor [who worked on Game Of Thrones]. He did an incredible job of making it all look really believable.

“We used prosthetics during the shoot, especially for the ape-like chest-beating hairy Neanderthal,” adds Park. “We worked with [physical effects company] Millennium on the prosthetics to build up the whole face and all the hair, and so on.

”With the scientifically accurate Neanderthal, we used some body and face prosthetics, and had tracking markers on his face, for the CG face replacement.”

Most of the rendering for the effects was done on-premises. Jellyfish also made use of the cloud for rendering, due to the sheer number of shots. “We would have been in quite a tight spot without cloud rendering on this project,” says Brass.

The idea was to show the attention to detail Jellyfish put into making such an accurate model.

”Our Neanderthal head is now the most accurate representative there is of how a Neanderthal would have looked”
Tom Brass, Jellyfish

Jellyfish started work on Neanderthal in January 2017, and began crewing up for it the following month. The bulk of the CG and VFX work was completed between March and July.

The team consisted of a VFX supervisor, a modeller, animator, look dev and a series of people working, mostly remotely, on the CG and VFX. The team varied between six and 15 people during this time, so was a relatively small crew for the amount of effects work the series contains.

“I’m very proud of our work on it, which I think really holds up well,” says Brass. “It should get a lot of attention. The CG is of a quality you rarely find in a factual show, and our Neanderthal head is now the most accurate representative there is of how a Neanderthal would have looked.”