4
New Kids on the Block 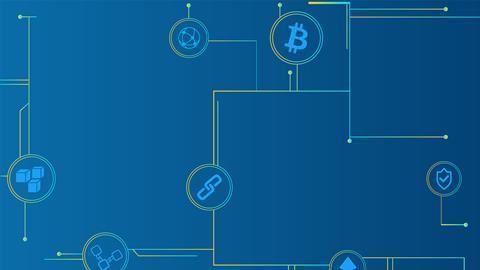 New Kids on the Block

Blockchain came to prominence with Bitcoin and is now is creating a buzz across the media industry. Ann-Marie Corvin explores how firms are using the technology – and whether it lives up to the hype

Occasionally a technology emerges that whips up such a fervent response among its fans that it leaves the vast majority of people scratching their heads, wondering exactly how it’s going to change the world.

Blockchain is currently going through this hype cycle – a cursory Google reveals it may be the answer to world peace – but even its most cynical dabblers believe it has applications that could add value to the TV industry.

Blockchain is a distributed, decentralised database that maintains a continuously growing list of records (called blocks). It allows you to create a digital ledger that can be used to record transactions across many computers in a secure way.

Cryptocurrencies such as Bitcoin, Ether and Litecoin use the blockchain protocol to determine what amount of money is being transferred between parties and when.

Think of it as a giant, global spreadsheet – a ‘worldwide ledger’ running on millions of computers that lets you keep track of data or make payments without relying on a central authority such as a bank.

Blockchain’s ability to commoditise trust between different parties is one reason why the technology is beginning to be used in other industries.

Over the past six months, a slew of blockchain start-ups have launched in the entertainment industry. Some of these are front-end VoD propositions, often with a crowdfunding element, that enable creators to get paid directly by their consumers.

Unlike Netflix, Amazon or the other SVoD services, creators of content on a blockchain VoD will be able to access behavioural analytics in real-time to see who is watching their content and understand what works.

The platform aims to bring transparency to the crowdfunding process. It includes a Netflix-style subscription service, Blossom, that allows producers to upload their back catalogue as well as new content.

LiveTree founder Ashley Turing says there is also the option to invite consumers to pre-pay, or pre-fund content.

Another recently launched firm, TV-Two, is aiming to create new opportunities for creators and advertisers via a smart-TV app that will be available later this year on LG and Samsung TVs.

Again, using an Ethereum-based blockchain, the Berlin-based outfit has created a system that rewards viewers with tokens for watching ads, which can then be used to pay for premium content. It’s currently running in beta with 4,000 users. Early advertisers include Twentieth Century Fox.

“Users don’t need to understand what blockchain is, and they don’t need to put in their own money – they simply scan the QR code from the screen with their cell phone and start trading content,” says TV-Two co-founder Jan Phillip Hofste.

However, not everyone is convinced by some of blockchain’s early applications. Anita O’Donnell, director at media consultant Media Minds, has been scoping out several models for clients in the TV industry who are looking to invest in new technology.

“Are productions really going to pay their DoP in tokens? Will brands pay you to watch their ads? Some of these ideas just have a whiff of the emperor’s new clothes about them,” she says.

O’Donnell also feels that many blockchain developments are too focused on the financial benefits for the creator, rather than the end user or the user experience.

“Have you tried purchasing cryptocurrency via Coinbase? The level of complexity you have to go through to enter into the exchange alienates a considerable number of users,” she says.

Where O’Donnell can see take-up happening is in the sphere of digital rights management – increasing the efficiency in sales and licensing deals, creating smart contracts, attaching metadata and tracking audit trails. “Not the sexy side of TV, but the boring bits,” she concludes.

HOW CAN BLOCKCHAIN IMPROVE CYBER SECURITY?

Unlike traditional centralised databases, the blockchain is not located on a single server. It is spread across multiple points, making it much harder for hackers to gain access. Once a block of data is recorded, it’s extremely difficult to change or remove.

WHAT IS ETHEREUM AND WHY IS IT USED IN SO MANY BLOCKCHAIN PROJECTS?

Ethereum is an open-source platform that lets you build your own decentralised applications, and earn a tradeable cryptocurrency called

Ether. These apps are all built using blockchain technology, and Ether can be used to pay for services on the network.

“It operates on the same principles as digital cryptocurrencies like Bitcoin, but businesses like Ethereum because it is capable of drawing out smart contracts,” explains Haydn Jones, founder and managing director of innovation centre Blockchain Hub.

An initial coin offering (ICO) is a fundraising mechanism used by blockchain start-ups as an alternative to traditional venture capitalists.

It involves raising money from a much larger pool of investors by offering them tokens, which can then be redeemed against future goods and services.

Benji Rogers, chief executive of music distribution start-up dotBlockChain, advises potential investors to be wary of start-ups making ICOs just to support themselves and the currency they are heavily invested in.

Instead, he says, investors should be asking whether the company “has a proposition that solves a problem that has not been solved”.

There are a handful of blockchain projects more focused on these back-end tasks, which have been around for more than a year.

In the music industry, the release of Thom Yorke’s album Tomorrow’s Modern Boxes via BitTorrent last year helped popularise the blockchain-based music platform Ujo, which then went on to release Imogen Heap’s single Tiny Human. The artist’s royalties from the track were paid directly to her via the Ethereum blockchain.

Phil Barry oversaw these two projects and went on to create a company called Blokur to scale up these ideas. He is now working with performers and collection societies to automate processes in rights management and increase accuracy in rights data.

The music industry has a long history of such initiatives, including the GRD (Global Repertoire Database), which aimed to create a singular ledger of the ownership and control of musical works around the world.

The project derailed four years ago, partly due to governance issues, which hinged on one crucial question: who owns and is responsible for a global, centralised licensing database? Barry argues that blockchain offers a different type of approach, because the owners are all parties in the network and part of the chain.

“A decentralised database gets around this issue because it is public and shared,” he says.

Barry adds that it’s also useful in music to track the evolution of ownership stakes over time: “Music frequently changes hands and a blockchain audit trail helps this process because it can go forwards and backwards in time.”

Another initiative designed to address how the industry could adopt a shared, decentralised database of music metadata was launched last year by collection societies the PRS, Ascap and Sacem.

“There are lots of versions of blockchain. It’s going to take a while before standards and best practices are established”
Paul Dilorito, PRS

PRS director of innovation and partnerships Paul Dilorito is largely positive about the results so far, although he admits there are issues.

“Blockchain’s ability to process the volume of data we need it to is limited, but over time this may evolve,” he says.

Dilorito adds that interoperability is another challenge: “There are lots of versions of the blockchain – it’s rather like an early version of the internet where people had different browsers and codecs. It’s going to take a while before standards and best practices are established.”

Audio Network head of product Matthew Hawn says the music production library is currently in talks with several blockchain outfits, but he doesn’t believe that one company holds the key to a quick fix.

“You can only have a great ledger if you have good data, and there’s lots of data hygiene that needs to be carried out in the industry,” he says.

Starting block for a revolution

Hawn adds that to harness the benefits blockchain may bring, industry processes and practices need to change.

“You’ve got to capture this stuff at the point of creation in the edit suit or the recording studio,” he says. “At the moment, this task is usually added at the end of the production process by the most inexperienced members of the team. We need to flip this around so that this data travels all the way through.”

Most of those who have looked at blockchain, or are working with the technology, agree that the current level of excitement is out of sync with its level of maturity. “We are at level zero,” says Turing. “It’s still very early in terms of the functionality that blockchain offers, but it will evolve and become better.”

According to Hawn, however, this may take decades: “Blockchain is a long play but let’s learn from this period – anyone who tells you that it’s going to solve all your business problems tomorrow is selling you snake oil.”