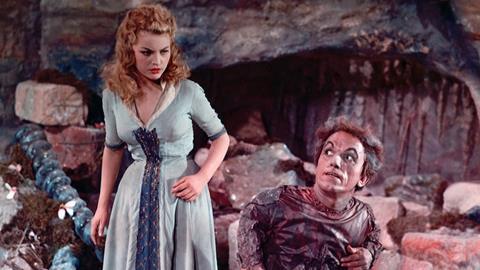 This acquisition by the BBC woke me up. Originally an East German feature film based on a Brothers Grimm story, it was cut into three parts by the BBC and put out as a mini-series. Shrewd commissioning!

The story concerns a beautiful but selfish and haughty princess who rejects the proposal of a wealthy prince. Scorns the gifts he offers her, she says that she will marry him only if he brings her the mythical ‘singing ringing tree’.

The prince locates the tree in the territory of an evil dwarf, who offers to give him the enchanted tree, on the understanding that, if the princess still rejects him, he will be in the dwarf’s power and will be turned into a bear. 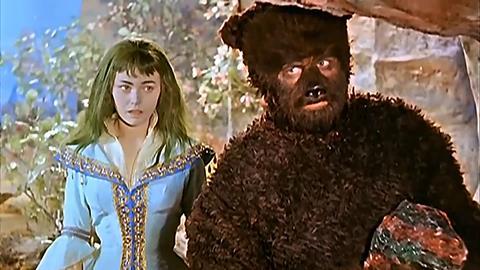 Because the tree will only sing and ring when the princess falls in love with the prince, she is disappointed in it and continues to reject the prince, who is forced to return to the dwarf’s lair and the ursine prophesy comes true. The story continues from there.

I still love that combination of trash, imagination, subtext and sophistication with really interesting visuals, the quest for something we haven’t seen before.

I remember watching it on a colour telly - but in black and white - in the 1970s. Pressing the microphone to the set, I tried to record the haunting music on the reel-to-reel tape that my father used to dictate letters to his patients.

My older sister was reading me The Hobbit as a night-time story concurrently - I think purely to frighten me. But I was hooked.

The combination of Tolkein’s storytelling in print and the telly visuals of The Singing Ringing Tree were truly odd, disturbing and very romantic. They were what made me fall in love with story, becoming a voracious reader of novels and poetry.

Later on, I won Young Poet of the Year and studied English and European Literature at uni. But at the time, it fired my imagination because it was a dreamscape retold as a story – and I loved the anthropomorphic characters of the bear and the dwarf.

It was a forerunner of Star Wars and came full circle with Peter Jackson’s Lord of the Rings and Hobbit films, where visuals are woven into parable.

I still love that combination of trash, imagination, subtext and sophistication with really interesting visuals, the quest for something we haven’t seen before.

And today, TV drama is entering a new era where iterations that push boundaries, that surprise and delight – as The Singing Ringing Tree did all those years ago - will come to the fore. 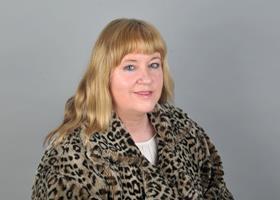