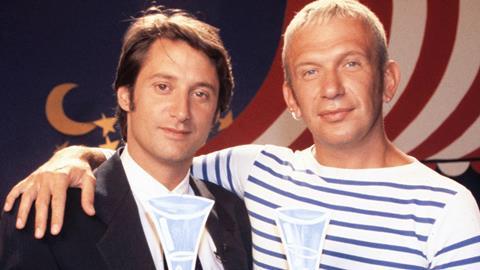 Preposterous claims are often made for TV’s ability to change society. And perhaps no claim has ever been more absurd than what follows, but I will persist with it anyway: that Eurotrash, which ran for sixteen (!) series, was actually a great European cultural integration project.

It was 1993. The Iron Curtain had fallen. The Maastricht Treaty had been signed. Midway beneath the English Channel, two tunnels were about to meet. But what we really needed to bring us together were German adult babies overdubbed with Geordie accents.

If the past is so often a foreign country, then the tragedy of Britain in 1993 is that it wasn’t. Pre-internet and cheap flights to Europe, our mainstream culture still looked to America, and pizza was as continental as life got for many of us.

I was a 13-year old in Rotherhithe, emerging from a difficult shell-suit and gold jewelry phase, when I saw the advert: acid colours, unhinged music, the tantalising promise of absolute filth. 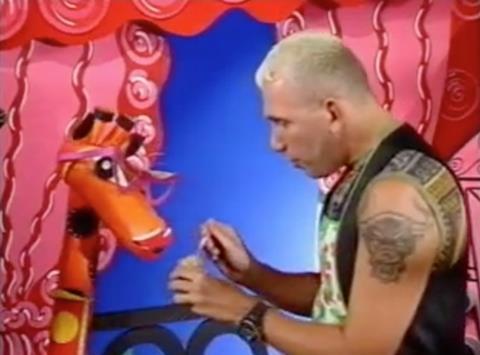 It was presented by two men who were utterly unlike any version of masculinity permitted in my neck of the woods: smart, irreverent, self-effacing, successful (one of the world’s greatest fashion designers; the other, a suave-suited journalist).

They were comfortable with themselves and with each other. They were amazing. And what they were presenting was an obscene, hilarious, subversive festival of kitsch. I didn’t just not know that such things existed: I didn’t know that I didn’t know.

It demonstrated that you can be trashy and revealing; that irony could be an incisive tool, and that there’s an endless hunger for seeing what goes on behind closed doors.

But back then, Eurotrash taught me there was no ‘normal’. By purporting to reveal how weird the rest of Europe was, it actually revealed that us Brits were the weird ones. It showed us everything that we were missing out on. And it wasn’t long before we all realised it; Easyjet was founded in 1995. 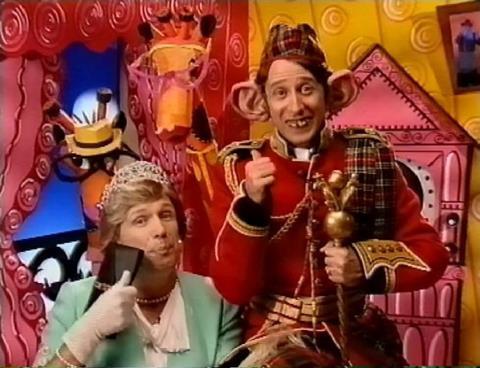 As a TV show, it also demonstrated that you can be trashy and revealing; that irony could be an incisive tool, and that there’s an endless hunger for seeing what goes on behind closed doors.

I understood that there weren’t just ‘French’ people: Marseille was probably quite like Liverpool; that Parisians were cockneys. And above all that everyone, everywhere was basically the same: rather wonderful and rather flawed.

I don’t imagine the original series has aged brilliantly – the sexual politics, of course, and how much of it would feel obsolete in the digital age (it was still the great age of Teletext then).

But Gaultier, De Caunes: you will always be my heroes. Yes, I tuned in for the nudity. But I stayed for your technicolour dream of European integration. How times have changed. 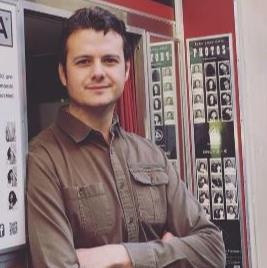