10
Andrew Newman: Hail the New Puritan
The Show That Shaped Me

The Spelthorne Community Television co-founder joins the dots between C4’s 1986 avant-garde dance oddity, Vic and Bob and Made in Chelsea 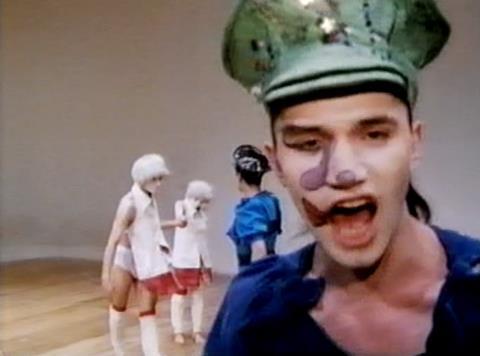 Ever since I can remember, TV has been massive in my life. As a boy growing up on the wilds of Dartmoor, the first show I can remember was Mr Benn, who lived in the much busier and seemingly more exciting suburbs of London.

By my teens, living in the actual suburbs of London, which were the sadly more prosaic, I loved the live anarchy of Tiswas and its less remembered short-lived late night version, OTT, which also had occasional nudity, which in 1982 was extremely exciting.

The Young Ones then burst on to BBC2. It was disrespectful and shocking, both clever and puerile, energetic and rude and literally everyone I knew was talking about it. I sometimes catch old episodes late night on Gold and it’s still great.

But the show that had the most impact on me was something more unusual and unexpected: an avant-garde programme on Channel 4 about the ballet dancer Michael Clarke.

Hail the New Puritan was properly mad, spectacular and odd. It was completely unlike anything I’d ever seen before ­- or indeed since. 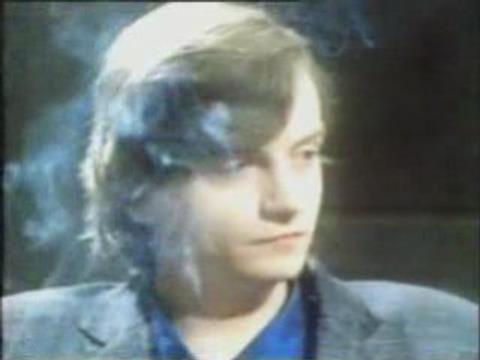 It featured Clarke, Mark E Smith and The Fall, Leigh Bowery and a selection of other nightclub faces, performance artists and dancers running around in a semi-fictionalized day in their life.

They went dancing, got ready to go out, went on dates and were interviewed with a series of jump cuts and a general sense of inspired madness; all set to The Fall’s loud bewildering, discordant and aggressive post-punk soundtrack.

Part of a C4 dance season, it was both insane and hilarious. In one sequence, Michael goes to Leigh Bowery’s flat for no particular reason, while Leigh and his friends Trojan and Rachel get ready to go out. They bitch about each other, drink vodka and try on different outfits.

The setting in their East End council flat, with its Star Trek wallpaper, is jarringly odd, with people flouncing in and out of the scene and talking over each other. It doesn’t seem professionally made but at the same time, it’s completely authentic.

As someone who works in TV, it genuinely makes me think: What were they thinking? Was there actually a commissioning editor who had seen it? Did they get any notes?

In a strange precursor to the scripted reality of The Only Way Is Essex or Made In Chelsea, you can’t tell whether its badly acted or whether their real life was always that theatrical. 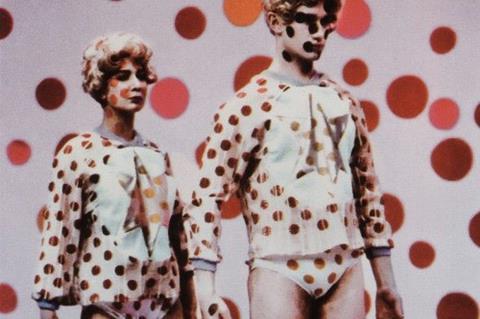 The dance sequences are even more removed from anything straight. In one, Michael and his cohorts chase each other around in a field of massive fried egg trees.

Later, wearing costumes covered in polka dots, they throw what may have been bacon directly into the camera, while Mark E Smith menacingly sings that he “hates the guts of Shakin’ Stevens for what he has done”.

This predates Vic and Bob’s Big Night Out and The Mighty Boosh but has elements of their surreal comedy, though it makes both look polished and professional.

Most baffingly of all, it was on in prime time, maybe at 9pm, despite its entire content, the fact that it had no one famous in it whatsoever, and it contained quite a bit of explicit gay sex.

As someone who works in TV, it genuinely makes me think: What were they thinking? Was there actually a commissioning editor who had seen it? Did they get any notes? What on earth did the press department write on the billings?

Luckily, I taped it off the telly and had it on VHS, which I watched over and over and over again. I still remember many sections crystal clearly to this day, with long sequences of dialogue that I can recall off by heart. 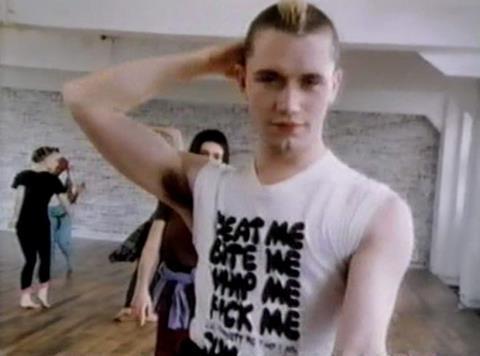 Growing up in Twickenham, I realised how that was both so near and so far from the bright lights of London clubland.

Nevertheless, a few years later, I got to know Leigh Bowery a bit and met Michael Clarke on the acid house scene. Since then, I’ve been lucky enough to work on a number of memorable telly shows, sometimes with some inspired talents who people might think are a tad unusual but never like this.

Whoever did commission Hail the New Puritan may be glad to know that it is still something that I watch in the office with some of the Spelthorne team if we want a bit of a lift.

I very much hope that, one day, something that I’ve had a hand in making will get someone else asking, 33 years later: ‘What the fucking hell was that about?’ 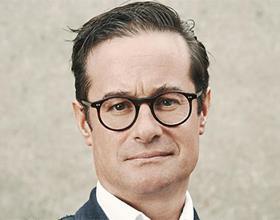