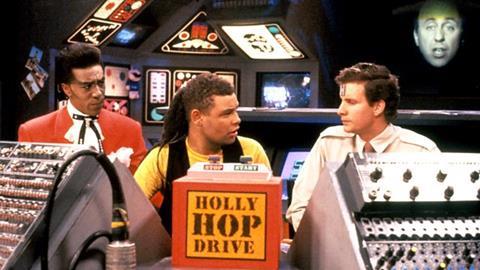 I grew up with two much older blokes. My parents explained they were called ‘brothers’, but I was sceptical. How could people from my own gene pool get such a rush from body-slamming a poor, defenceless eight-year-old girl?

We really had nothing in common – one was six years older than me and spent most of his teen years dislocating his shoulder via his skateboard; the other was 12 years older and my only childhood memory of him is when he pissed off to uni.

But unwittingly, they gave me reference points no one else my age had access to. Most of these were non-age-appropriate TV shows or comedians – Eurotrash, Viz’s Fat Slags, Andrew Dice Clay, Eddie Murphy. 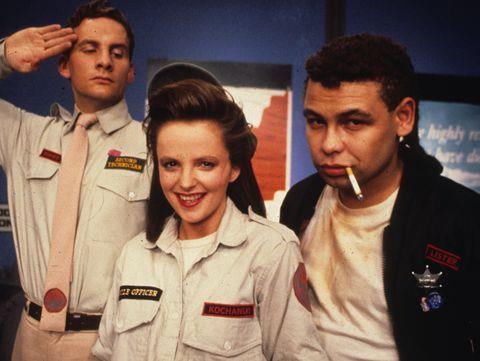 And then this strange comedy sci-fi series on BBC2 called Red Dwarf came along and changed everything.

Both brothers liked the show, but I became obsessed with it. I can still remember the exhilaration upon glimpsing BBC2’s silver ident sprayed with green paint, in anticipation of a new episode.

It spoke to my pre-adolescent, sponge-like brain, enabling me to impress my brothers for the first time ever.

I could recite Kryten’s ludicrous Space Corp directives - like Directive 34124, which prohibited any officer with false teeth from performing oral sex in zero gravity. (My mum blithely bought me a T-shirt with this on it, when I was 10, without question.)

Despite the callous quips, they needed each other to avoid going ‘space crazy’. This show could not be more of a metaphor for family life if it tried.

I could recall huge swathes of the script on demand and collected behind-the-scenes facts from the cast commentary on the VHS tape on which I’d spent all my pocket money. 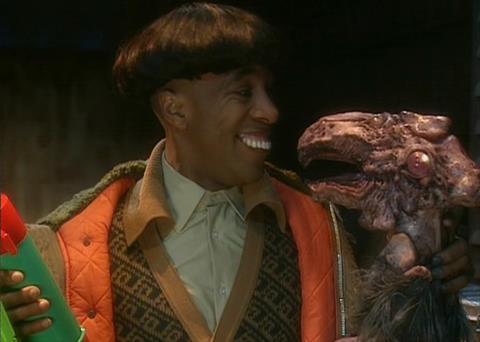 I still rewatch it now – series one to six have a special place in all Dwarfers’ hearts, but well done Dave for commissioning more – and marvel at the genius of its characters.

Plots are handy, but the addictive, opioid-like quality of the show lies in Lister, Rimmer, Kryten and Cat. Fans will know them as well as their own best friends – if not better.

Being marooned in space made them horrible to each other at times – Lister threatening to turn off hologram Rimmer like some “battery-powered sex aid”; or Cat, Kryten and Lister going on a fishing trip under cover of darkness so they could give Rimmer the slip.

But despite the callous quips, they needed each other to avoid going ‘space crazy’. This show could not be more of a metaphor for family life if it tried. 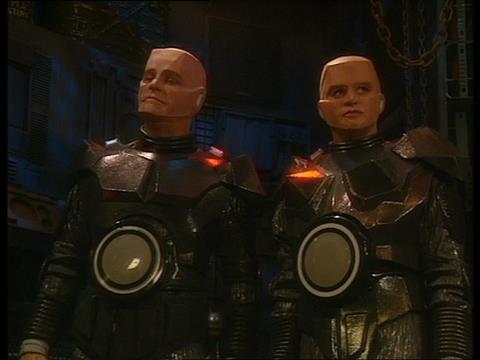 Whether the ‘boys from the Dwarf ’ were battling Polymorphs, travelling in a backwards universe or meeting their future selves, the dialogue and gag-rate made every episode feel desperately short.

When Howard Goodall’s unforgettable anthem sounded and the credits danced, there was a pang of sadness, even for my brothers who were, at that time, devoid of any humanity.

Although I work in factual, it was Red Dwarf that first taught me about the power of TV to captivate and bring people together.

And even now, with schedules rescinding in favour of on-demand, shows like this remind us that some TV needs to be consumed together at the same electric moment, because it acts as an unexpected looking glass.

It established TV as my obsession and it’s a great stranger screener – if I meet someone who likes Red Dwarf, I know they’re alright.

Crucially, it curbed my brothers’ brutal streak for long enough to see their sister as more than someone on whom to try out their wrestling moves. 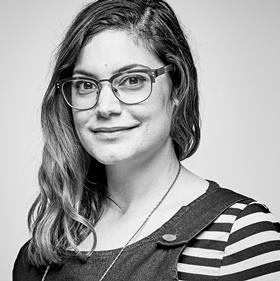