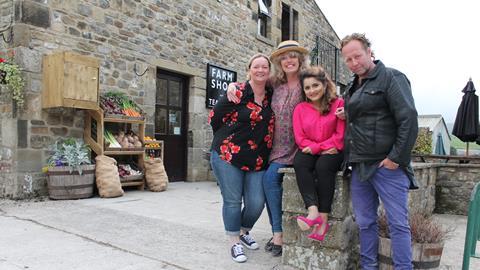 Artisanal formats are set to dominate Mipcom 2017 as a raft of producers and distributors strive to sell their most authentic factual entertainment ideas.

Gogglebox producer Studio Lambert is preparing to pitch Best In Shop: The Artisan Food Challenge to foreign broadcasters and international producers in Cannes.

In each episode, four contestants compete to sell their products in a shop in the Yorkshire Dales. Each hour-long episode will be given over to a particular type of product, with the winner in each category given the chance to stock the shop for a month.

The overall prize will be given to the producer judged to have done the best job of running the shop.

Harcourt tells Broadcast that the All3Media-backed firm was keen to develop a format that took advantage of the “artisan food revolution”.

“Tom does a bit of presenting but he also speaks to all of the locals and teases out what they think. He’s perfect for it,” says Harcourt.

He says the mix of contestants, including a man and his cheese- producing goat, makes it stand out.

“There are a couple of hipsters on it but there’s also retired housewives and couples,” he adds.

Food formats have always travelled well internationally, from MasterChef to The Great British Bake Off, but Harcourt says Best In Shop has a slightly different flavour.

“It’s very different to other food competition; it’s more like The Apprentice with food.”

He believes Studio Lambert will be able to sell the format to a range of international broadcasters.

“The artisan food trend is big in Europe, perhaps even more so than in the UK, as well as in the US and Canada. This whole returning to artisan food products is something that is universal,” he says.

All3Media International has high hopes for the show, which will air in the UK in 2018.

The distributor is launching a handful of other non-scripted titles in Cannes, as well as several formats produced by Gordon Ramsay’s Studio Ramsay. The chef will be giving a keynote speech at the event.