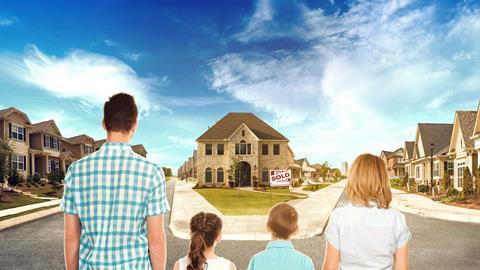 Buying a house is one of the most stressful events in a family’s life. The creators of Buying Blind have decided to compound matters by forcing contestants to purchase a property without ever having seen it.

The format was created by Red Arrow-owned US production company Kinetic Content, which is run by former Wife Swap producer Chris Coelen.

However, in order to leverage the best international rights situation, the Germany-based firm encouraged Coelen’s indie to work with Snowman Productions, creator of Married At First Sight, to get the show away in Europe first.

Harry Gamsu, vice-president of non-scripted at distributor Red Arrow International, says the group was keen to find more ideas that fit the dynamic of its successful wedding format.

The “jeopardy” and “number of reveals” in Buying Blind made it a perfect follow-up to the controversial show. In each episode, a family are introduced to property and interior design experts to discuss their current living arrangements and how they would like them to be improved.

The family must grant the experts power of attorney over their life-savings to allow them to buy a house on their behalf, before they start house-hunting, making an offer, negotiating a price and completing the purchase.

Then the family are taken to the house, blindfolded, and their new home is revealed. After renovations, the family must decide whether they love the house and want to keep it, or hate it and want to put it on the market immediately.

Gamsu said the show had performed above slot average in a primetime slot on TV3 and that it is on the brink of major format deals in the US and Australia.

Elsewhere, the international arm of ProSiebenSat.1 is also hopeful of making noise with its factual and scripted slates.

Leading the documentary line-up is Autopsy Of A Murder, a 52 x 30-minute forensic look at real-life crimes, produced by US indie Bellum Entertainment.