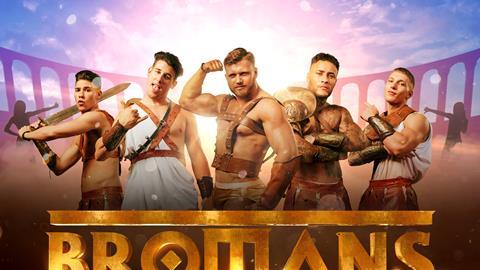 A comedic competition and sexy contestants converge in Electric Ray’s living history reality show for ITV2, in which eight ‘21st century lads’ and their girlfriends compete in a series of physical tasks and gladiator training over eight weeks.

Set in Ancient Rome, Bromans is filmed on the Bulgarian set of ITV2 comedy Plebs. Its original title, Ladiators, was discarded early on in the hope that ‘Bromans’ would enable the format to travel widely. 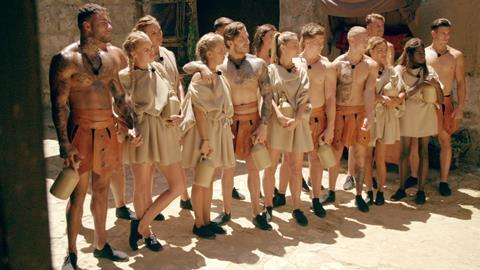 Electric Ray co-founder and executive producer Karl Warner says the show was “always developed as something to complement a show like Love Island”.

ITV2’s hit dating format, which ITV Studios Global Entertainment will be selling as a format at Mipcom, drew a consolidated average of 2.5 million (10.8%) across its eight-week run from June to July.

“Elements of Bromans will work in the same way that Love Island works, but we wanted it to have lots of points of difference, such as being set in Ancient Rome and being about couples,” says Warner.

Co-executive producer Peter Tierney calls the format “a total hybrid”. He adds: “It puts together so many different components of reality shows into one thing that you haven’t seen in one place before. There are little parodies of the reality format.”

The producers were keen to create a world that felt authentic to participants, who filmed across 16 days. “Even when they weren’t on camera, they would go to bed in their Roman outfits, in their Roman beds, and wake up and eat their Roman food,” says Tierney.

Warner adds: “We didn’t break the spell because it was so important they took it as seriously as possible, which is why the crew and producers all wore togas.

“The one thing you really hope for is that the cast go for it and don’t think: ‘Oh, this is only telly.’ They believe for two or three weeks that it is their world because it means the show is so much more charged.”