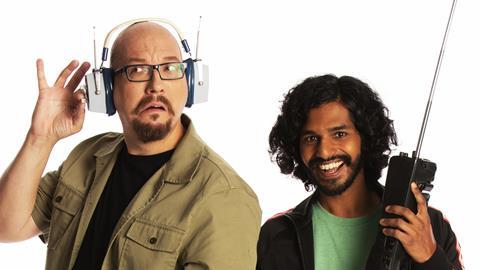 “As we continue to build our catalogue, this is a great example of factual content with wide appeal”

Discovery’s latest Canadian original seeks to find tech treasure hidden in garages, attics and flea markets that can be sold on for a profit. Vintage Tech Hunters, a co-commission by Discovery and Boat Rocker Studios, follows hosts

Blahut and Hatton are both collectors of vintage tech and memorabilia. Hatton formerly co-hosted the syndicated video game series EP Daily and Blahut is a journalist and the editor of tech blog Retro Thing.

“It’s great entertainment for the viewer,” says Natalie Vinet, vice-president of global sales for factual at Boat Rocker Rights, which is distributing the show internationally.

“We discover unusual items. Some bring us a little nostalgia, and then there is the transactional part of the show where we realise a profit can be turned out of these items.”

The show is being produced by Crooked Horse Productions, a division of expanding Canadian content company Boat Rocker Media (which recently opened a UK sales office).

Crooked Horse is focused on unscripted programming and counts among its credits Canada’s Next Top Model, music show Cover Me Canada and the Giles Coren-fronted Million Dollar Critic. It is shooting Vintage Tech Hunters in cities including Toronto, Ottawa, Los Angeles, Dallas and Chicago.

“As we continue to build our catalogue, this is a great example of factual content with wide appeal,” says Vinet. “We are developing more content that falls into this wide genre through our factual production companies, as well as acquiring third-party content that complements these strong brands.”

Vintage Tech Hunters will premiere at Mipcom and Vinet says Boat Rocker Rights is already seeing a lot of interest around the show.

“We are in the final stages of negotiating with a premium broadcast television and cable entertainment service a multi-territory deal for the UK, the Scandi region, central and eastern Europe, Benelux and South Africa” she says.

“We hope to close more deals in Europe, as well as deals in Asia and the Pacific Rim.”